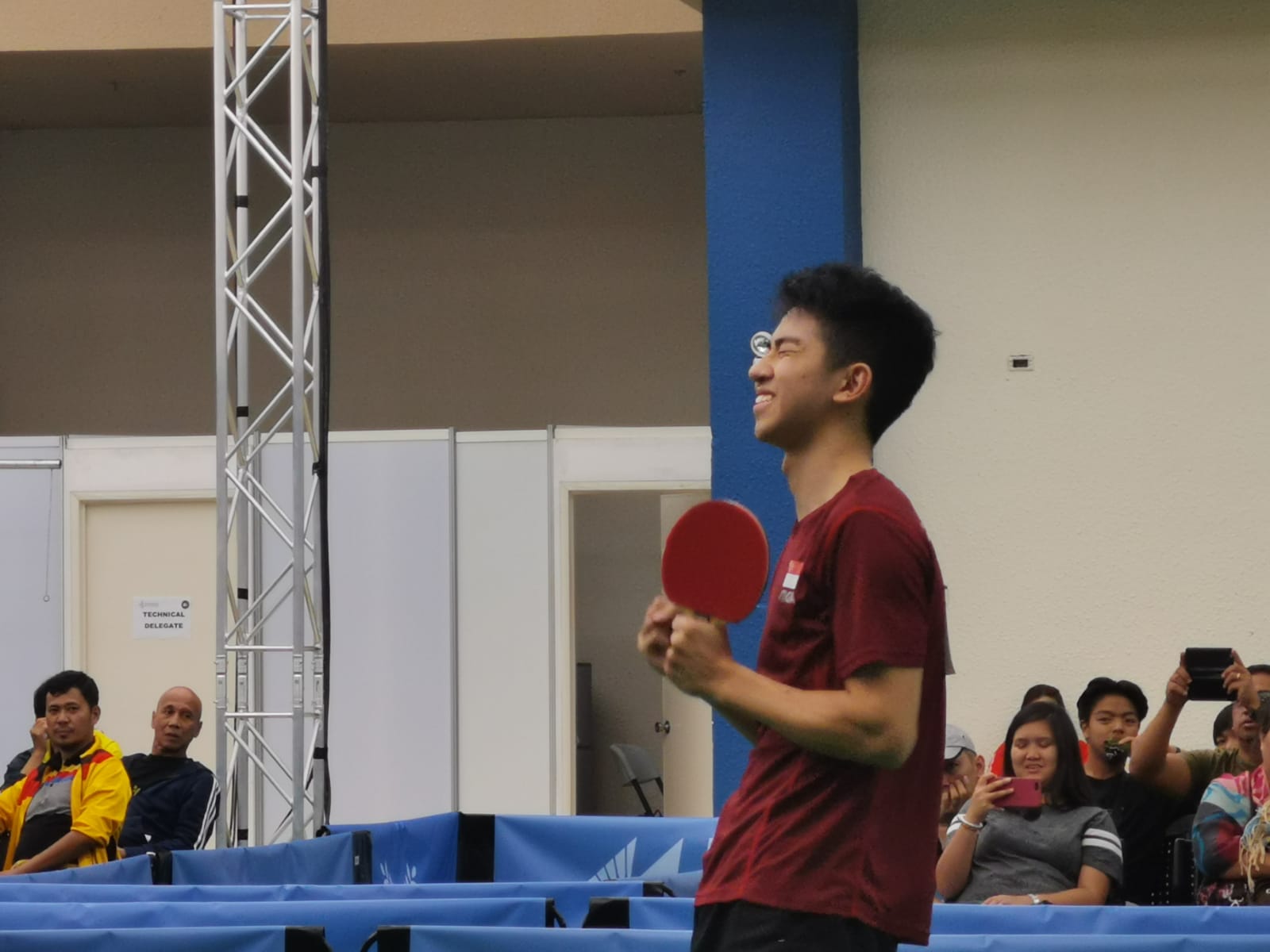 In quotes provided to the Straits Times, Koen said: “Against a fellow left-hander in the semi-final, my three-ball attacks were not as effective.

“I was anxious to finish off the points in the first three games, but I was able to adjust and take things slower. Changing tactics, I was more prepared to play rallies and fight for every point.

“For the final I usually don’t beat Clarence. But, after the semi-final, I was more ready to play the rallies he usually plays, and I finally managed to beat him.”

It was also an all-Singapore affair in the women’s singles final when Lin Ye went up against defending champion Feng Tianwei.

As Feng had to retire due to a wrist injury during the second game, Lin claimed her first singles gold at the SEA Games.

Feng, 23, said: “In addition to the recurrence of my wrist injury, I’m also battling fever and flu.

“But I tried my best… and just could not continue anymore.”