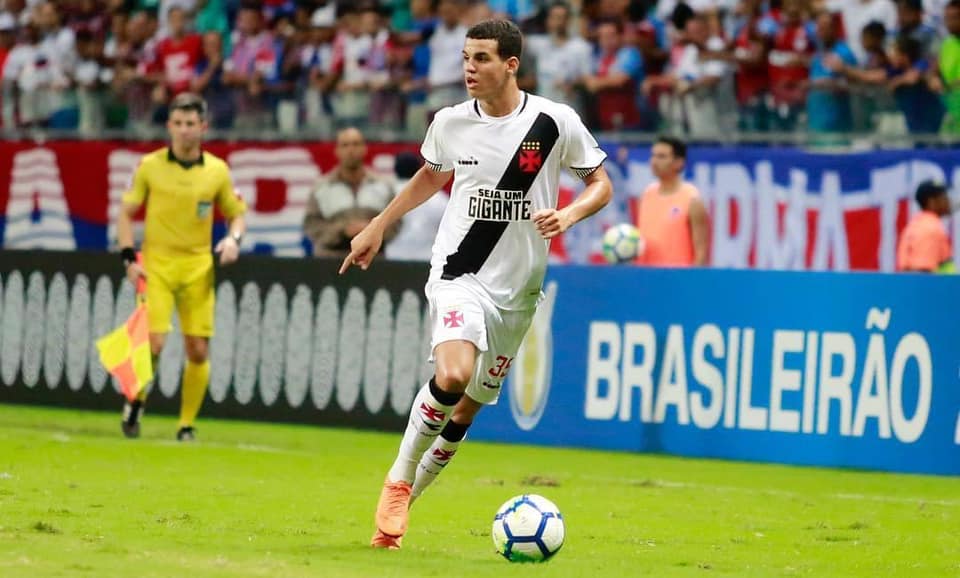 Singapore football fans have been accustomed to having samba-styled Brazilian strikers in their midst.

Then earlier in the year, the Lion City Sailors announced the signing of its first multi-million dollar star in the form of Diego Lopes, who was extracted from Portuguese side Rio Avenue.

Now, it is the turn of Geylang International to turn on the samba with the signing of Rio de Janeiro native Matheus Moresche.

The attacker is the Eagles’ third import signing for the 2021 campaign, a year which will see the Eagles also return to continental competition by participating in the Asian Football Confederation Cup.

The 22-year-old forward rose through the ranks of Brazilian top-flight outfits Botafogo and Corinthians before joining fellow giants Vasco da Gama in 2017.

He made his professional debut for Vasco da Gama in 2018 just before turning 20 and has also represented Brazil at youth international level.

On loan at top-flight side Avai FC in 2019, Moresche then moved to Latvian top-tier side Riga FC in 2020, who then loaned him out to Belarusian Premier League side Torpedo Zhodino.

Moresche left Riga at the start of this year and will now come up against the likes of Tampines Rovers and Hougang United in the Singapore Premier League instead.

Geylang Head Coach, Mohd Noor Ali, said: “He is a fantastic player on the ball, but what caught our eye is his willingness to work for the team.

“That is very important to the style of football we want to play, and I hope the fans are excited to see him in action.”