Singapore fans in knots after “Fandi Ahmad” scores own goal for Singapore. 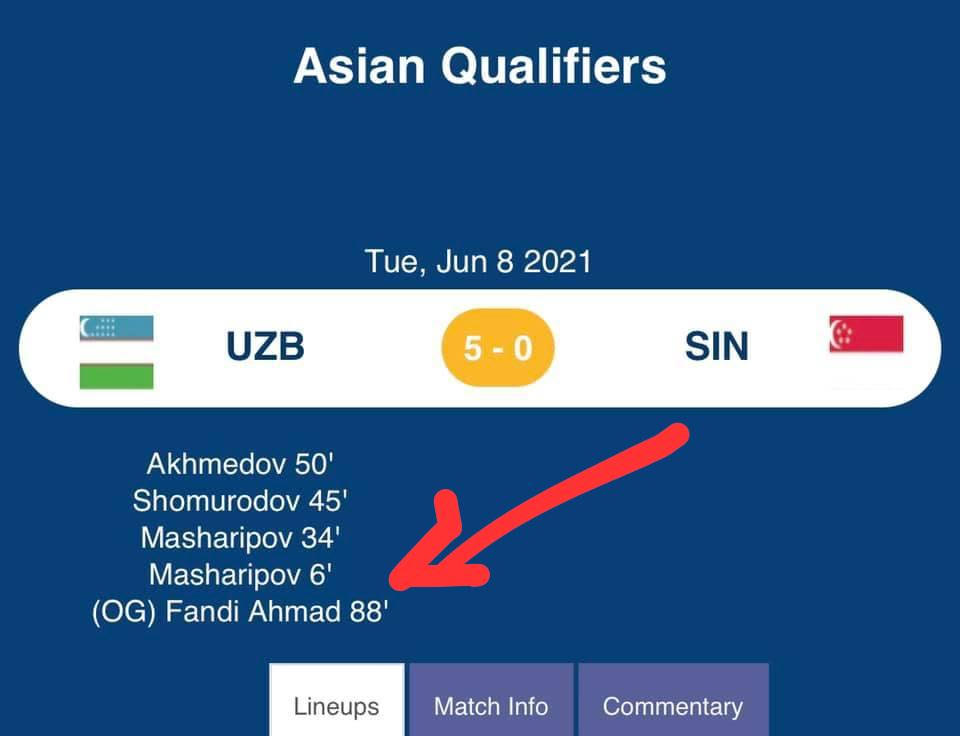 When very few were looking at the live score updates on the official Asian Football Confederation website towards the end of the Group D qualifiers between Singapore and Uzbekistan on 8 June, the results update after the 88th minute goal which made it 5-0 for Uzbekistan threw up an online gem.

Irfan Fandi, who was introduced into the match as a substitute at the 30-minute mark, unfortunately headed the ball into the net with about two minutes left on the clock.

But unfortunately, on the AFC live updates, which was also carried on the official FIFA website, the goal scorer was listed as one Fandi Ahmad, Irfan’s father who turned 59 on 29 May.

It would not have been a mistake, as it is probably just listing the surname instead of the player’s first name.

Would not have mattered in most other instances, but in this, it was a gem and enough to bring out some cackles after a 5-0 drubbing at the hands of Uzbekistan given that Fandi is after all one of Singapore’s living football legends.