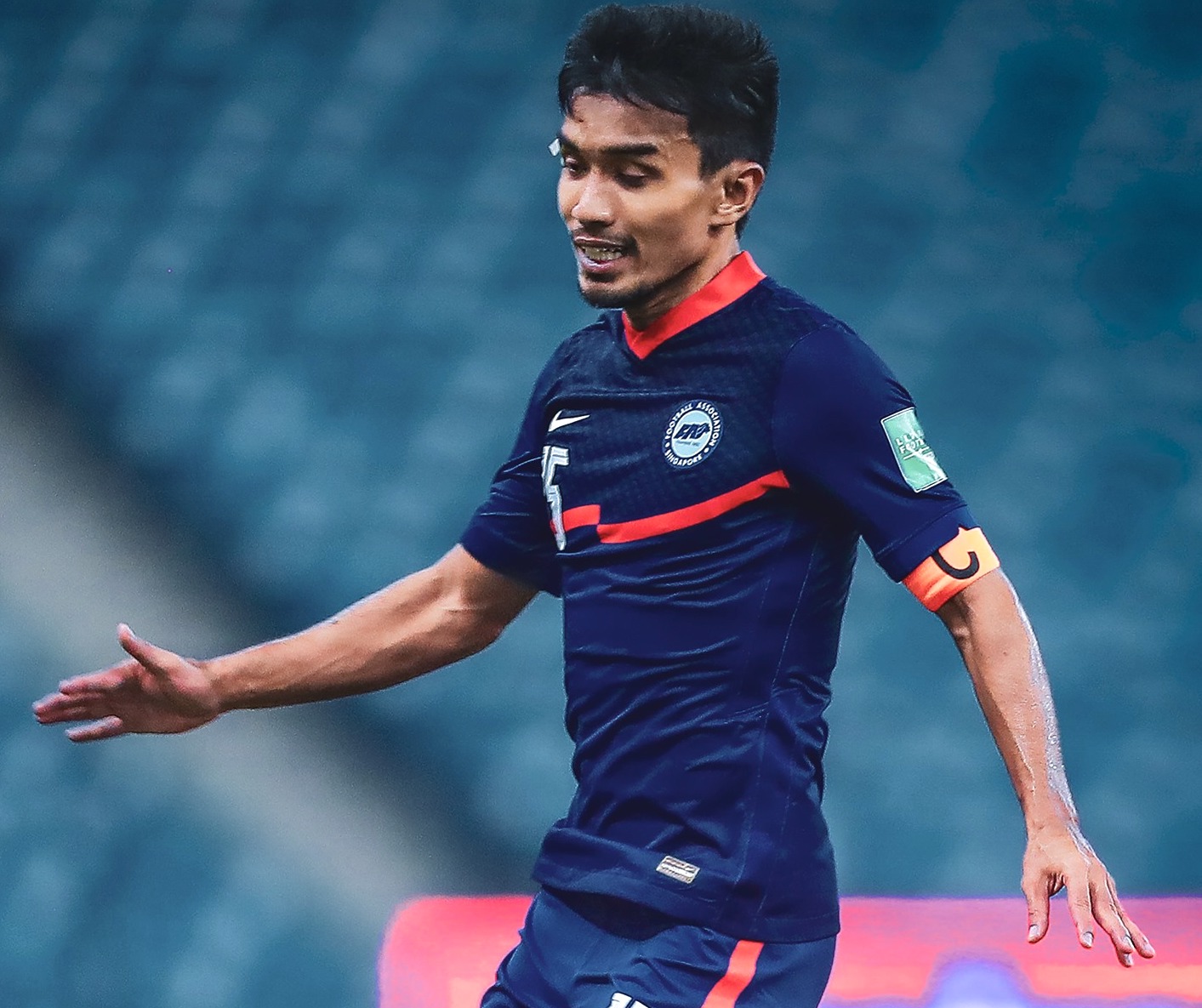 Singapore’s stand-in skipper Yasir Hanapi has lamented the lack of playing time for the Lions, which has been caused mainly by the U23 ruling in the Singapore Premier League which dictates that each local team must field three U23 players in the starting line-up.

TMSG had raised this in an article after the Lions 4-0 loss to Palestine on 4 June.

In comments made to the Straits Times, the Tampines Rovers attacking midfielder spoke after the Lions suffered a 5-0 loss to Uzbekistan in the World Cup qualifiers.

He said, “The lack of playing time at clubs is affecting a lot of players.”

He raised the issue of Lion City Sailors’ Hafiz Nor as an example of a player who has had insufficient time on the field of play.

TMSG had raised the point about Hafiz (picture above) only having a grand total of 61 minutes of playing time in the league so far out of 990 minutes of match time over 11 rounds.

He made the starting 11 in the match against Palestine but was on the bench against Uzbekistan.

“For example, Hafiz Nor, he’s a good player, but he has not gotten much playing time.

It’s the same with a lot of other players,” he said.

Another example is that of Faris Ramli (picture below), who has been in the Lion City Sailors starting eleven only once this season so far, because of the U23 rule in the Singapore Premier League (SPL).

Former Lion City Sailors coach Aurelio Vidmar and national skipper Hariss Harun have both indicated that the U23 rule in the SPL is a bane for clubs and the national team.

For the professional clubs, such a discriminatory rule can only mean that a coach is unable to field the best players at the start of every match.

Added Yasir, “We are already in a situation where the talent pool for the national team is not big enough and, now if we are limiting the playing time for these players, it is going to affect the national team a lot.”

When asked if the U23 rule should be scrapped given the amount of feedback from multiple stakeholders against it, a senior football official said, “Anyone who has a right frame of mind for football would not want to have such a rule for an open tournament.”

Players in the current squad who are based out of Singapore have also not been spared from the lack of playing time.

Izwan Mahbud, who was contracted with Thai League 1 club Samut Prakan City until March this year, had not been in the starting line-up since last November.

His team-mate in the same club – Zulfahmi Ariffin – only started two matches since February.