Tatsuma Yoshida pins blames on himself again after 5-0 Uzbekistan hammering. 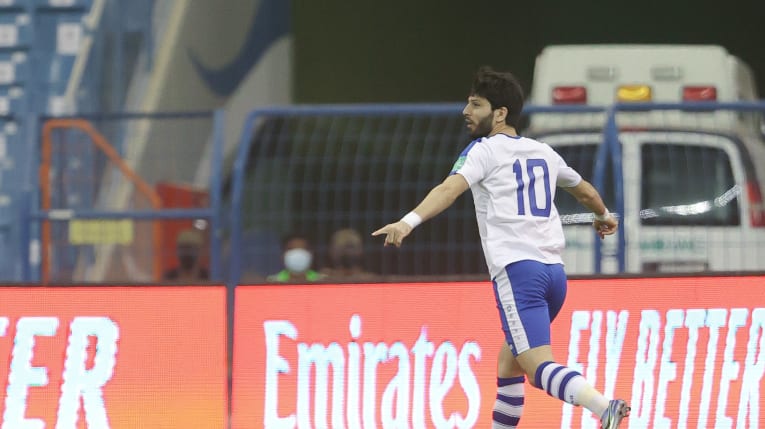 If Singapore harbours any ambitions of improving its football at the international level, it will need to have a coach at the helm with the skills and the experience to guide the team forward.

After two Group D World Cup qualifiers against Palestine and Uzbekistan, in which the Lions have conceded nine goals and scored none, questions will need to be asked about national coach Tatsuma Yoshida’s abilities to strategise and inspire the Lions at the international level against top opposition.

He left for Riyadh aiming for four points from three matches, but will return from the trio of matches with nothing to show, except for more goals which will surely be conceded in the next tie against the host nation Saudi Arabia.

For the second consecutive match, the Japanese blamed himself for the team’s poor performance, admitting first against Palestine that the team was nervous, and in the post-match comments after the 5-0 loss against Uzbekistan, that the Lions could not cope with the intensity of their opponents.

In comments made following the defeat to the Central Asian giants, Tatsuma said, “We have to keep going… (it is) my strategy and management that is not good.”

He also took the blame for the loss against Palestine on 4 June, and if he is not cut out for matches at this level, then surely alarm bells should be ringing in the Jalan Besar Stadium offices.

Tatsuma had not been in charge of a national team at any level when he was appointed as head coach of the Lions and over the last two matches in Riyadh, his tactical weaknesses has been put out on show for all to eyeball.

Questions over selection and tinkering with the team continue to fill many comments on social media, and rightfully so.

In the match against Uzbekistan, he made five changes to the team which faced Palestine, and benched Gabriel Quak, Irfan Fandi, M Anumanthan, Ilhan Fandi and Hafiz Nor.

But with only less than 30 minutes played, he replaced Hafiz Sujad and brought on Irfan, leaving many scratching their heads at 2.30am in the morning.

Not exactly the stuff to instil confidence.

He said that one of the reasons why the Lions were outclassed by Uzbekistan was because they were better than Palestine, which was stating the obvious unfortunately.

“Their fighting spirit and tactical level was quite good, better than in the previous match (against Palestine), but Uzbekistan were better,” he said.

“We have reasons (for not doing well) but I have no excuse. We have to improve our playing intensity.”

“They were doing well but (conceding) the first goal left us a bit down.”

Which was as early as sixth minute of the match when Jaloliddin Masharipov tucked the ball into the net after beating Lions goalkeeper Izwan Mahbud at his near post.

Masharipov and Eldor Shomorudov both got on the scoresheet before the half was over for the Uzbeks to lead 3-0 at the break.

Izwan was beaten on three occasions through goals scored through gaps in his near post, making it look like the Uzbeks knew it was a weakness he had which they exploited.

Izwan, while conceding five, was perhaps of the Lions better performers on the night and prevented the boys in white on multiple other occasions to prevent a massacre at the King Fahd International Stadium.

The Lions only got their first shot at goal in the 59th minute when Baihakki Khaizan’s header was directed towards the Uzbekistan goal, and would only have one other shot at goal through Faris Ramli over 90 minutes which speaks volumes of the team’s inability to move the ball forward.

By then, the battle was over as Odil Akhmedov had already added a fourth giving the White Wolves an unassailable lead.

Not like it was ever in danger of being overturned by the Lions though.

Irfan Fandi’s headed own goal with minutes left on the clock was Singapore’s nail in its coffin on a night when it was outrun, outclassed and put out to dry by one of Asia’s best footballing nations.

Unfortunately, it was his father – Fandi Ahmad – who was listed as the scorer of the own goal on the official Asian Football Confederation website.

Tatsuma feels that the Lions can learn a thing of two from the Uzbeks.

“They have quality but they were also running a lot… and we are not used to that kind of intensity,” he said.

Sort of sums of the state of Singapore football actually, as the sport continues to slide down into the abyss.