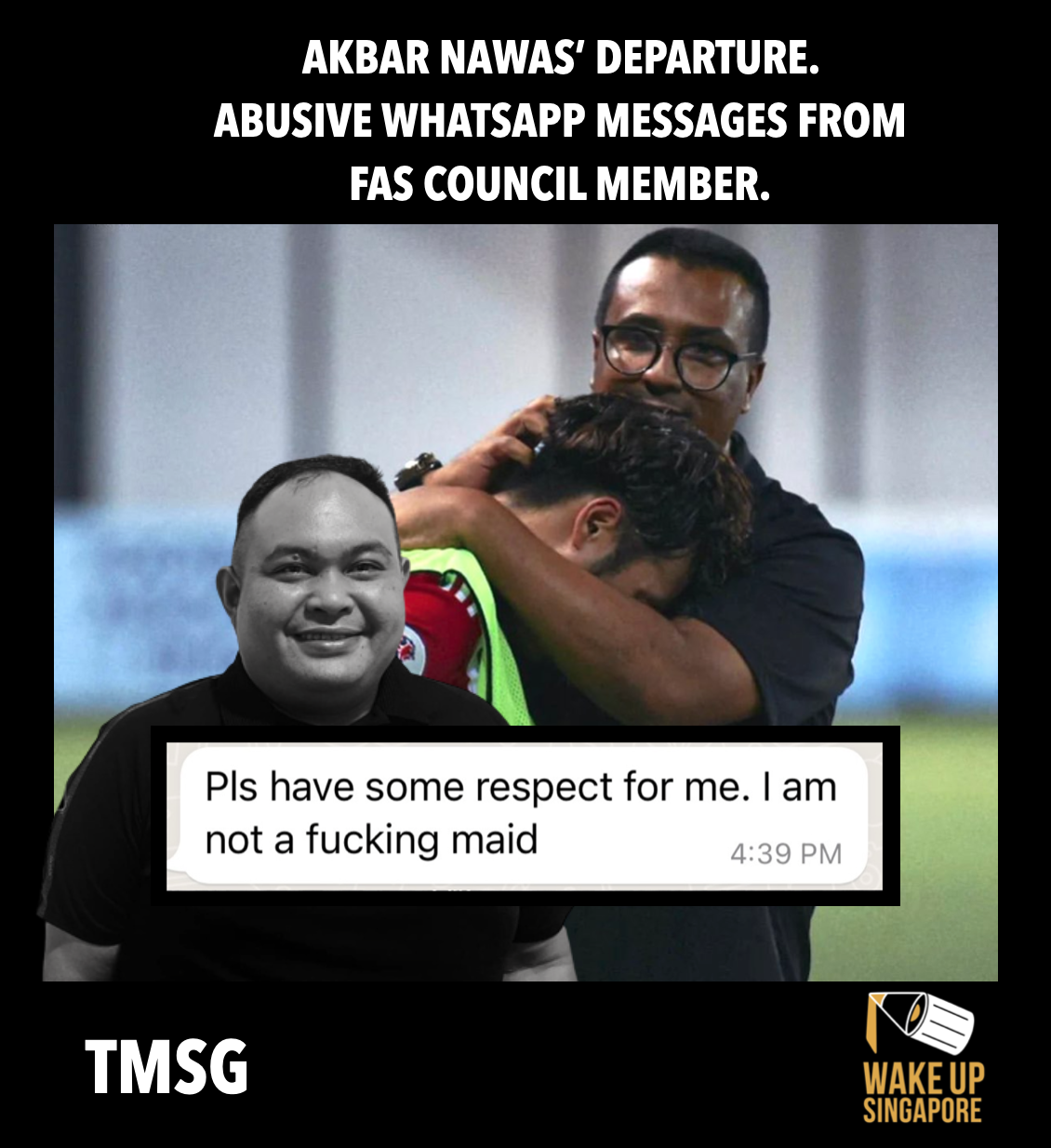 2019 Indian League champion winner and Best Coach Akbar Nawas held so much of hope when he took on his new role as Balestier Khalsa’s head coach, in an announcement made at the end of 2021.

When he was appointed, he said that “the way they wanted to develop further in terms of how they wanted to play on the pitch” and because the club “is going to create something new”.

He has since joined Thai Division Two side Udonthani FC as the technical adviser and on 1 September, he was named as the first team coach for his new employers.

TMSG understands through a football agent familiar with salaries in Thai football that Udonthani FC is probably paying him a lower salary than what he earned at Balestier Khalsa.

But Akbar decided to take on the role to establish himself in Thailand, nonetheless, said a source close to his family.

Sources who shared with TMSG details for this story all indicate that he had reached breaking point, and had started to look out for new opportunities as early as June 2022.

That he joined a Thai Division Two side currently at the bottom of the table, and leaving Balestier prematurely less than a year after joining, was enough to raise eyebrows.

Before joining Balestier Khalsa, which has never won the league title in its history of participating in the S-League and Singapore Premier League since 1996, Akbar was the head coach of Tampines Rovers in 2016, finishing in second spot.

He then joined Global Cebu in the Philippines Football League in 2017 and took charge of Indian League side Chennai City, leading them to the 2018/19 title.

What made 47-year-old decide to walk away from the Tigers?

We gathered insights through various sources with evidence and unpack the package.

One would never have imagined that this could happen to a head coach of a professional football club anywhere in the world.

But it did, right here in the AIA Singapore Premier League with Balestier Khalsa.

Video and photo evidence given to TMSG show Akbar unpacking all the training equipment from the back seat and boot of his Hyundai Avante, including boxes of bottled water which he later wheeled by trolley. (see photo below)

This took place at the St Wilfrid’s Sports Complex ground along Upper Serangoon, where Balestier Khalsa train on some days.

The video and photo were taken last month, but TMSG was told that this has been a norm for months.

Akbar, along with assistant Razif Ariff would then head back to Toa Payoh Stadium and get the bibs washed and dried following the training session, all because the club did not have a full-time kit manager who would look after the team’s training needs.

On match days, it would be the club manager Cheng Tim Nee who would sometimes have to transport the jerseys down to the away venues.

This info was also confirmed by WhatsApp messages which indicated that the jerseys were usually brought to away venues by the general manager Cheng Tim Nee and not a kit manager.

Not having a kit manager also meant coaches or players had to hunt for stray balls, and then get passive aggressive Whatsapp messages by the Vice-Chairman Mohamed Darwin Jalil, also a Football Association of Singapore (FAS) Council member, if a ball went missing. (see section below)

Another serious issue which was raised was that the club did not have in its roster a full-time physiotherapist for the players.

They used the services of a part-timer who could not attend all training sessions.

“Players who needed support on days when the physiotherapist would have to wait for him to turn up on subsequent days,” said a source who spoke to TMSG for this story.

“We have to be realistic and realise that change does not happen overnight,” Akbar said at the start of the year as he was about to lead Balestier Khalsa into the new campaign.

But barely two months into the new season, the WhatsApp messages to the technical team and players from Vice-Chairman Mohammad Darwin Jalil, began to turn ‘disruptive’ and ‘abusive’.

In one message, a vulgar word was spelt out in full.

“Pls have some respect for me. I am not a fucking maid,” the message read.

See full message below, with context, which was sent to the technical team.

The message was sent sometime in the first half of the year.

“It is surprising that no one in the group filed a complaint to the Ministry of Manpower over the message as it does constitute bullying to a certain extent, and extremely disrespectful,” said senior sports official who spoke to TMSG.

Former Home United and Perak coach Steve Darby said that if received such a Whatsapp message from the chairman or vice-chairman of a club he was employed at, he would first ask for a one-on-one private chat.

“I will want to find out what he is talking about. If I am not happy with the explanation, I will ask him to resign,” Darby said.

“If he didn’t, I would say goodbye and would publicly say why I was going,” he added in response to TMSG.

TMSG was also given other screenshots of WhatsApp messages, all from Mohammad Darwin, to the players and officials.

See a sampling of the allegedly aggressive messages below.

The messages were sent at different times and are just a few, as examples.

Bordering on being abusive and given that Mohammad Darwin is a FAS Council member who stood on current President Lim Kia Tong’s team in 2017 and again in 2021, his behaviour towards the salaried technical team and players brings disrepute to the football body in more ways than one and clearly illustrates traits of being a bully.

TMSG will be reaching out to the Tripartite Alliance for Fair Employment Practices (TAFEP) for their comments on this matter as a follow-up.

Akbar did not respond to queries about his decision to leave, and asked that TMSG refer to statements made by both himself and the club after the announcement was made about his sudden resignation.

He didn’t need to respond, actually.

The evidence is clear enough, and it is unfortunate and unacceptable that he wasn’t treated with enough respect for his craft.

TMSG suppressed other forms of evidence received to protect the informants from harassment.

More importantly, pity the players and other officials who will continue to be subject to such treatment.

If you have an opinion about this story, drop us an email at hello@tmsg.sg and we will publish your views.