Suria actor Nick Mikhail upset over visit by police and URA officers to his home after complaint by neighbours. 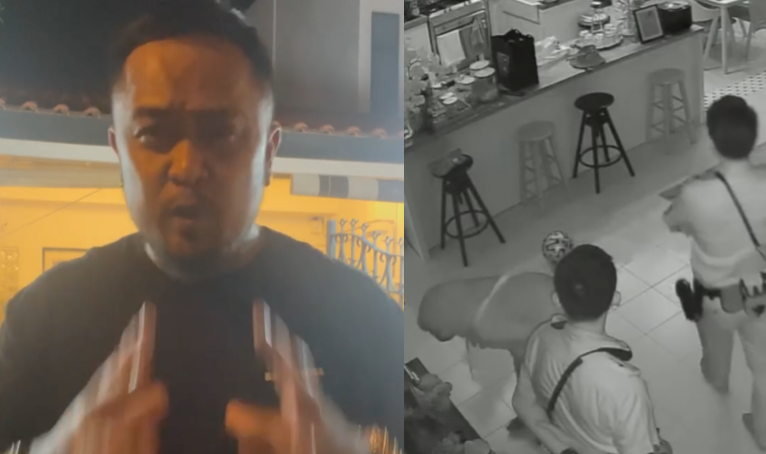 The officers paid a visit to his home after an alleged complaint from a neighbour who alleged that there was a gathering in his home.

He said that he doesn’t know which neighbour made the complaint.

In the 7-minute video which has had more than 100,000 views so far, he explained his angst against the officers.

Mikhail asked whether officers had the right to enter through the gate as his house is private property.

He felt that they could have used the gate’s doorbell instead of walking up to the door, past the main gate, without a court order.

Mikhail said that his wife allowed the officers in as she was still feeling the effects of the second jab.

He also asked if it was right that a male URA officer asked to check his room and escorted his wife alone, with a female waiting outside.

Although he initially addressed the National Environment Agency in the video, he has since said he meant URA safe distancing enforcement officers on Monday 2 August.

He said that he had gone out with his son at the time of the visit, while his wife had stayed at home as she was feeling groggy after her second vaccination jab.

He also uploaded a video from his CCTV of the officers at his home.

What do you think of Mikhail’s points made in his Instagram video?

Write to us at opinion@themonitor.sg.