I will remember this for ages to come, says league’s top local scorer Gabriel Quak. 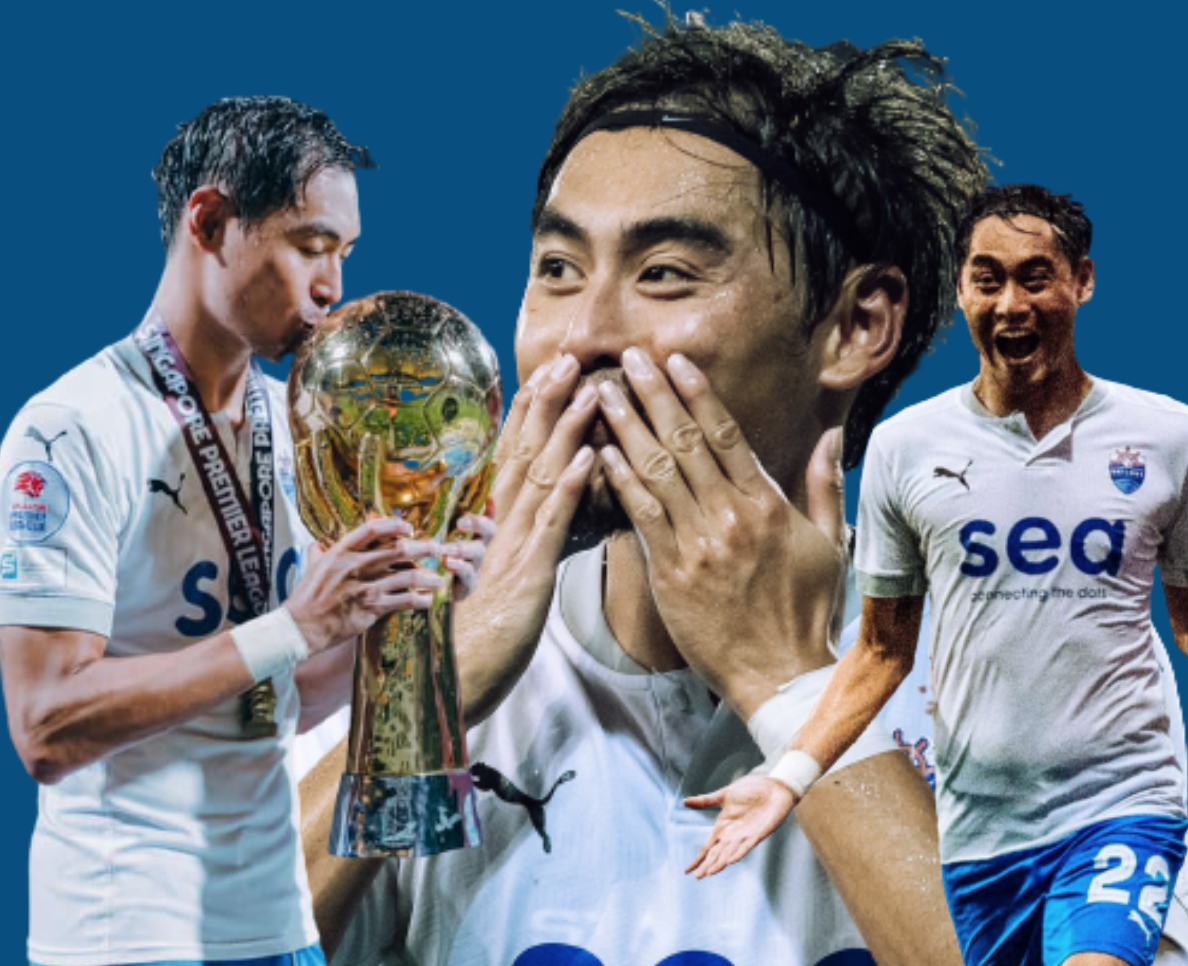 Singapore and Lion City Sailors winger Gabriel Quak has continued where he left off after winning the Player of the Year title just a year ago.

Scoring a brace in the final match of the season which helped his club seal the title ahead of Albirex Niigata, he also scored a personal best by finding the back of the net 13 times this season, a personal best.

“Expectations were high and eyes were on me to deliver,” he said.

“I always like the challenge and I took it upon myself to do better.”

He was the the top local hitman, just one ahead of Geylang International’s Amy Recha, who has 12 and six behind top scorer Tomoyuki Doi.

In 2019, Quak scored nine goals while turning out of the Warriors.

FIRST LOCAL TITLE IN HIS CAREER

The title was also his first since representing the Young Lions in a career which began in 2008.

He was also a member of the Lions XII which won the Malaysian Super League title in 2013.

“Feels amazing, an unbelievable feeling,” he said in an interview with TMSG.

“It was a special night and it was my first title locally since I started with the Young Lions.

“It is always a special feeling to win in your local league and I think I will remember this for ages to come.”

He also added that he was glad that the feat, a first for a local club since the Warriors lifted the title in 2014, was witnessed by fans and his young family at the Jalan Besar Stadium.

Looking back over the last two seasons, he paid tribute to club owner Forrest Li (photo below) for all the investment he has loaded into Lion City Sailors and the impact it has had on Singapore football.

“I am having a great time here at this club,” said the 31-year-old.

“I knew what was the vision set by the owner and I always had faith in what we could do and produce, and especially in myself.

“Everything has been in place, the infrastructure, the facilities, the backroom team and everyone has been making sure we are well equipped with whatever we need to attain success.”

For now, he said that he will take a couple of days break before joining up with Tatsuma Yoshida and the Lions as the team prepares for the Suzuki Cup.

Quak is named as one of Yoshida’s 27 players in an initial draft but will have to battle it out to earn a place in a first eleven along the likes of Faris Ramli and Ikhsan Fandi.

The Lions find themselves stacked up in a group with Thailand, Philippines, Myanmar and either Timor Leste or Brunei.

“It is a new battle again and this time, we are fighting for our country,” he said.

“The expectations are high and there is excitement.

“We have a good six weeks of preparation and I hope we can deliver some long overdue success for Singapore football.”

The LionsXII jersey was signed by all players of the Malaysia Super League championship-winning side of 2013. Only 1 available and only for hardcore Singapore football fans. For enquiries, please email hello@themonitor.sg.