Get that chicken back in the cage please. Later the cat eat. Thx. 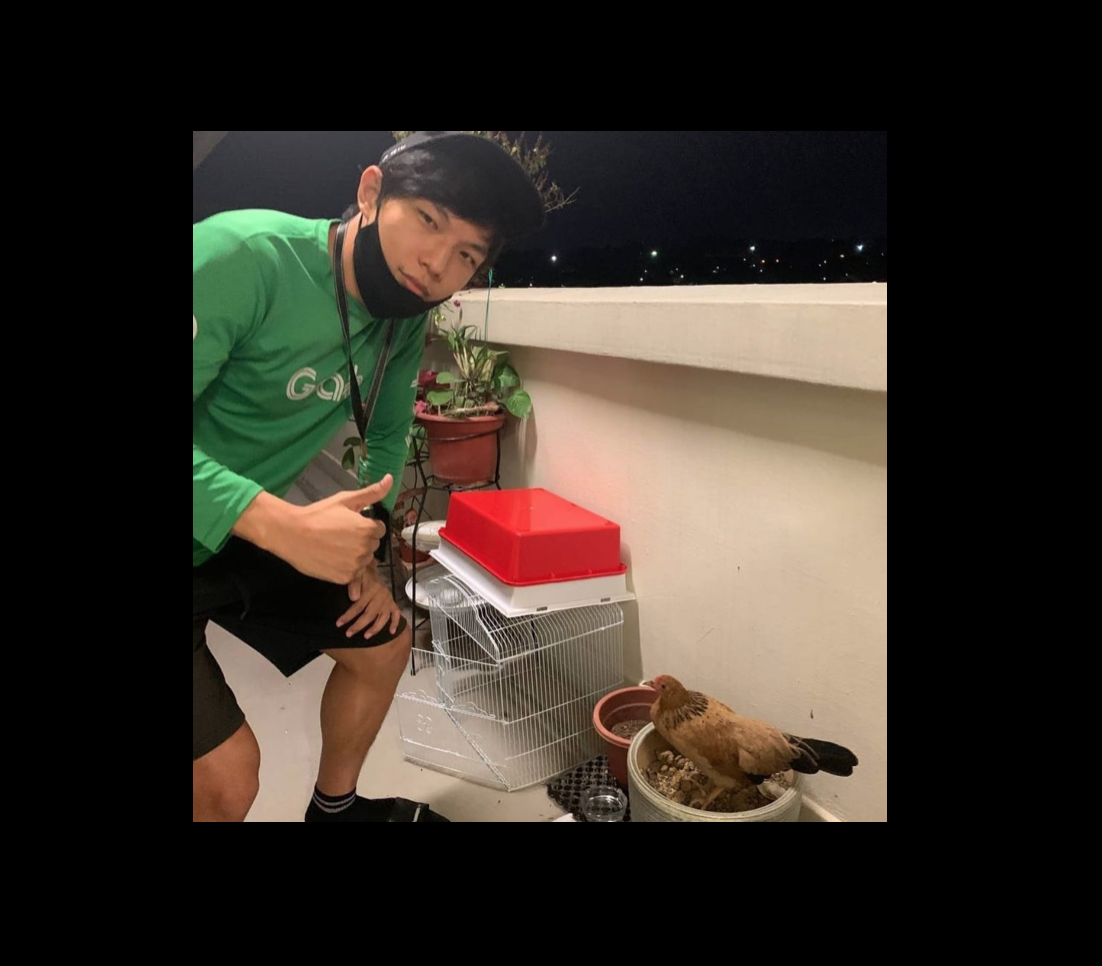 Former Singapore muay thai exponent Brandon Ng’s Facebook post about an usual request by a GrabFood customer has gone viral and earned him loads of attention.

“Customer had some weird request. didn’t expect there will really be a chicken. lol wtf.”

The customer had asked that he leave the food at the gate, which was not abnormal.

But along with that, he also said:

“btw if u see chicken running around outside, plz help me put it back in the cage for me yea. later the cat eat. thx.”

This is not the first time that Ng has had a weird request.

In an earlier interview with TMSG, he had also revealed how a customer had asked him to stop at a nearby convenience store to buy a condom.

26-year-old Ng was a former muay thai exponent who was considered one of Singapore’s best fighters in the field.

He switched to delivering food when Covid-19 hit.