Soh Rui Yong goes under 7 minutes for 2.4km. Now there are online disputes and a challenge thrown. 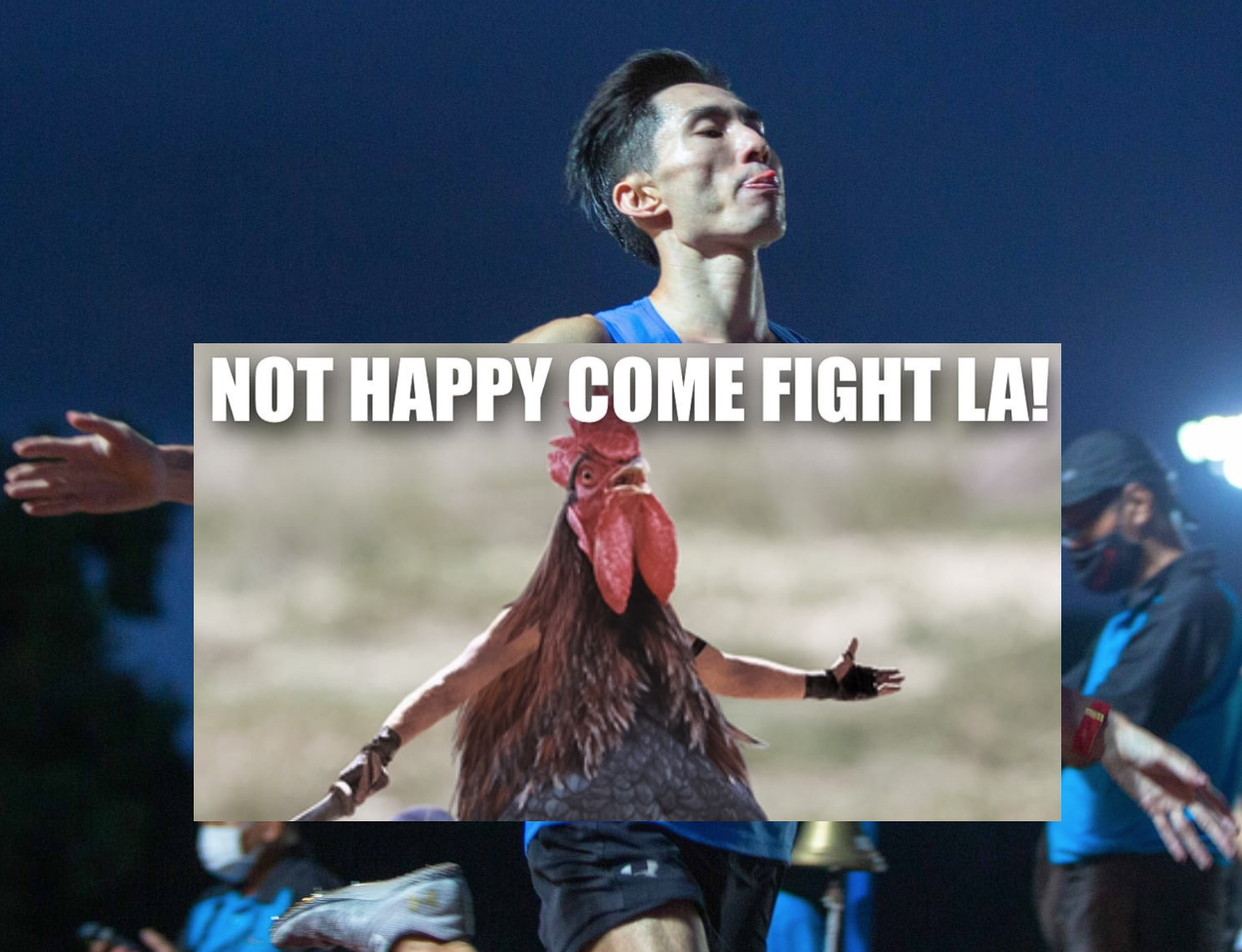 On 4 September, runner Soh Rui Yong ran the 2.4km in 6 minutes 53.18 seconds, and posted on Facebook that he had set the Singapore event record, meaning he is officially the first person in Singapore to have run that timing in an event which was sanctioned and organised by the national athletics body.

Subsequently, stories began to surface how Soh had become the “first Singaporean to finish the 2.4km run in under 7 minutes”, one of which was written up by youth-centric portal Youthopia.

“At 69 seconds per lap, that is more than 1.5 minutes faster than the required standard to get max points on the IPPT for the 2.4km,” Lien said in his post.

However, a follow-up post by Soh, who holds multiple distance national records, which gave details of his split timings with a mic drop one liner at the end has now appeared to have irritated a few people.

One such person was a Steffan Fung, who asked that Soh “stay humble” and “be a human” and that he was “feeling concerned”.

Most comments on Fung’s post seemed to be taking the mickey out of Soh’s last line in his post.

There also appeared to be a dispute over whether Soh was indeed the first person to go below seven minutes for the distance.

One commenter also claimed by former national sprinter Godfrey Jalleh has clocked 6:59.00s in the 1970s.

Soh has since explained himself.

“Firstly, that line, read in context and in entirety, was not targeted at Commandos specifically,” he said in a post put up on 9 September.

“The point is this. Army 2.4km myths always go something like, “last time my friend from BMT/Army/Commandos/NDU/Guards can run (insert magical number here) for 2.4km. Some more ah, he is a smoker.”

“I’m just making reference to those kind of statements.”

He further added that he had the utmost respect “for what the Commandos go through in military training.”

“Few can claim to have gone through what they did or are capable of, such as Prisoners of War (POW) training or parachuting out of a moving airplane.

“I certainly would not claim to be capable of everything they do, since I never received Commando training.”

Anyone who is able to achieve the feat will receive $700 and 700 bottles of Pocari Sweat, both paid by Soh.

“At the end of the day, it’s easy to make extraordinary claims without proof,” he said.

“Let’s settle the debate once and for all.”

Anyone who is keen to take up Soh’s challenge can register here.