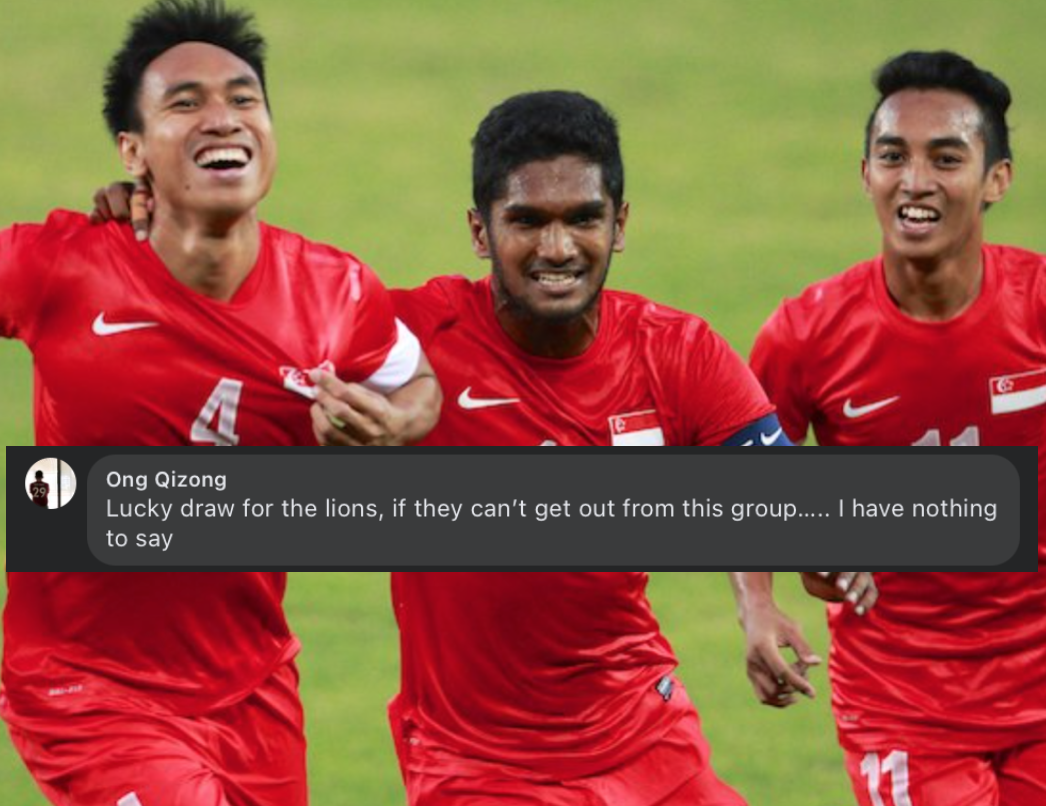 At the draw held on 21 September, the Lions landed in Group A along with Thailand, Myanmar, Philippines and either Brunei or Timor Leste.

But despite the favourable draw, online comments do not seem to give the Lions any hope.

Fans recognised that Group A was the easier of both groups.

However, there were also other online commenters who still did not have faith in the ability of the current crop of Lions.

Like this genius, who probably didn’t understand probability theory when still in school.

Another commenter only had three words, which did not make sense but the intent is understood.

To be fair, there were some fans who had contrarian views.

Some were neither here nor there, and did some fair level of analysis.

There were also some serious questions for national coach Tatsuma Yoshida.

The 2020 Suzuki Cup will be Yoshida’s first.

There are murmurs that Singapore and Thailand are in the running to host the event, and will be centralised in one country.

Singapore, given the luck of a good draw, should take up the responsibility and play hosts, to provide the Lions home ground advantage.