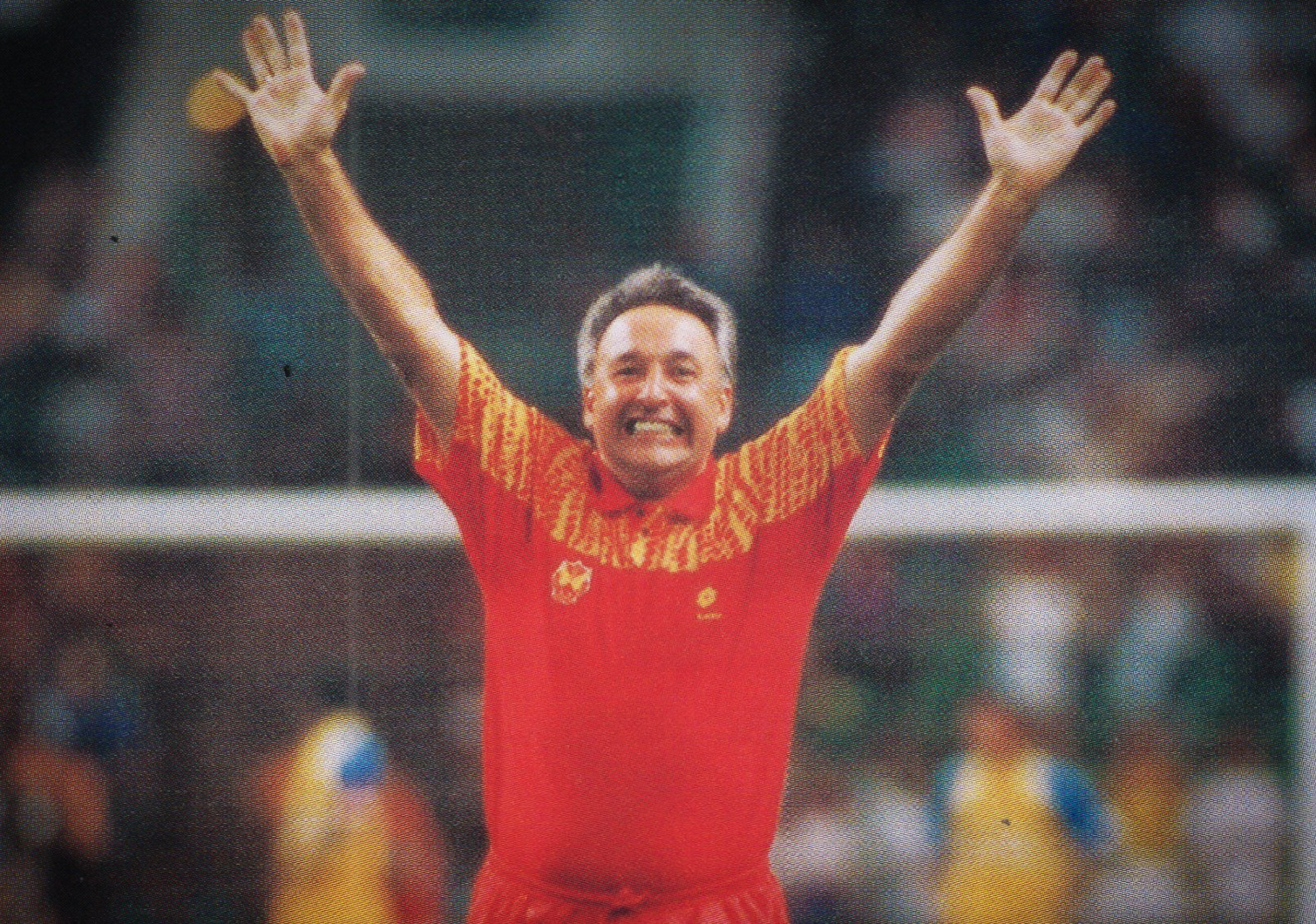 Former Singapore national coach Ken Worden who spent not more than four months on the job in 1993-1994 has died.

The former Selangor and Malaysia national football coach was 78.

Football Tasmania confirmed the news on their social media pages.

“Football Tasmania is saddened to hear of the passing of Ken Worden, a former player who represented Tasmania in the 1970s and started his coaching career here.

“Ken went on to manage the Malaysian and Singapore national teams,” said the statement from Football Tasmania.

Worden was announced as Singapore national coach in December 1993 ahead of the new Malaysia League and Cup season.

But barely three months into the role, the Aussie resigned on 30 March 1994.

In his first training as national coach in January 1994, he made the headlines after making Fandi Ahmad do push-ups, and also called Steven Tan ‘a girl’.

“Just like Uncle Choo”, the headlines read after his first day at the old Jalan Besar Stadium, before quitting just 12 weeks later.

The position was then filled by Douglas Moore, who went on to win the double for Singapore that year.

In a Facebook post, former Australian international Abbas Saad who was in the 1994 Singapore squad which took part in the Malaysia League and Cup competitions said it was “a great privilege to play for and against, an unassuming, no nonsense, super competitor and winner with a larger than life friendly personality.”

Worden, a former Burnley and Preston North End player, was one of the most respected coaches in Malaysia, winning three Malaysia Cups, two Charity Shields and one FA Cup.

His first stint in Malaysia was with Selangor in 1991, and he won the FA Cup that year.

A year later, he joined the Malaysian national team and was with them for two years, and then hopped over to Singapore for a while.

He then returned to Selangor in 1994 thereafter.

In 1996, he added the Charity Shield and Malaysia Cup as well.

He led Selangor again in 1992 after a stint in Sabah, and won the Malaysia Cup and Charity Shield that year.