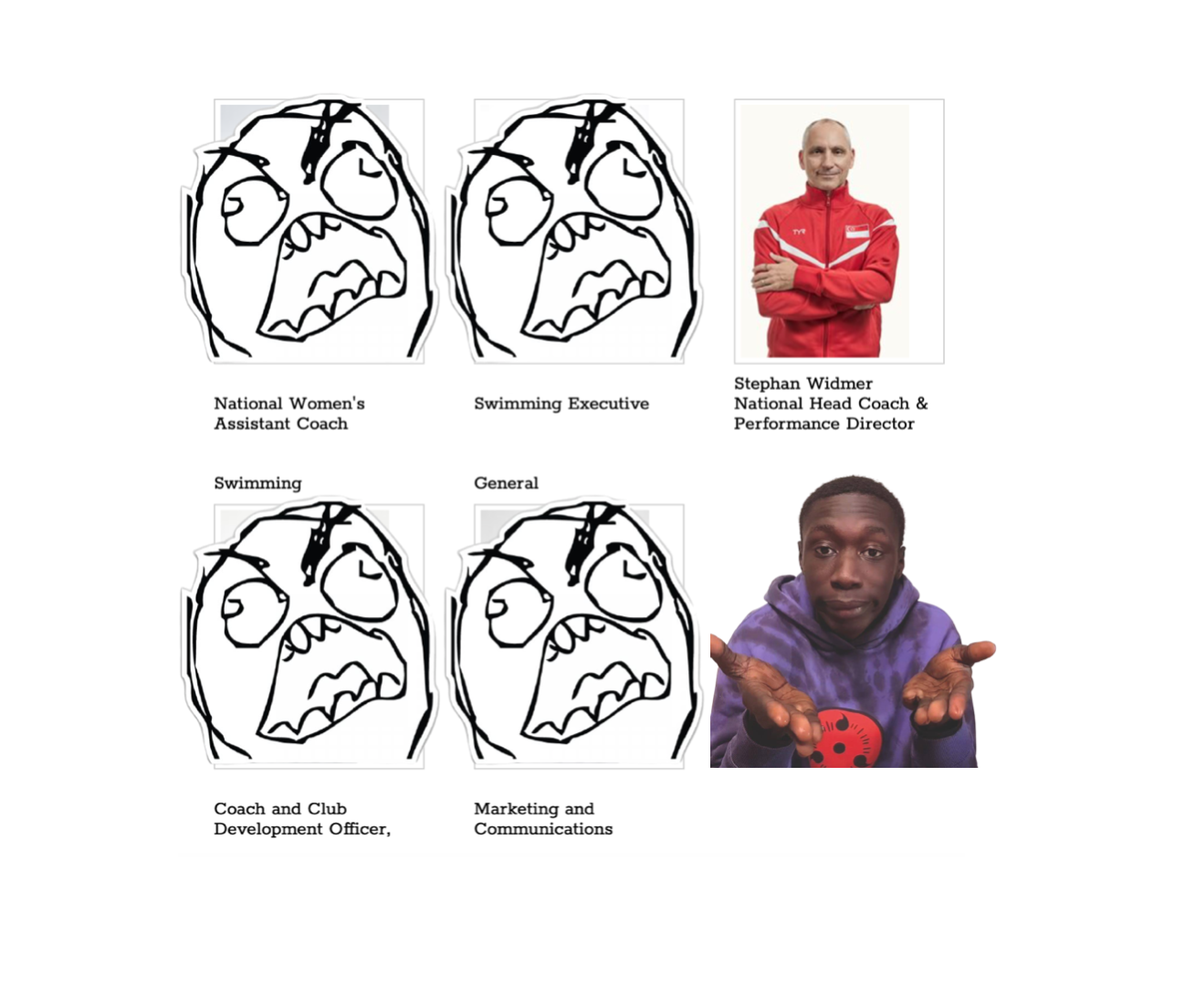 In leaving Singapore for China to join up with Liu Jing (LJ) Swimming Club in July just before the Tokyo Olympics to secure his new job, Stephan Widmer has shown his true colours and what kind of a professional he is.

On 18 October, the Singapore Swimming Association (SSA) confirmed that the contract between it and Widmer had been terminated by mutual consent on 17 October, some two and a half months before it was due to run out.

Clearly, only after information about him joining LJ Swimming Club made its way public in the form of a video, his details being posted onto the LJ club website as one of its foreign coaches, and subsequent queries by media did the SSA decide to make public that Widmer has left.

In fact, his bio is still up on the SSA website as at 19 October at 10am (see image below), which only point to how his departure was not planned, and how the SSA could have well been played.

In January 2018, a few months after his arrival, Widmer said that he didn’t know “how many coaches out there will produce a future Olympic medallist but I hope we can guide them towards it”.

He also aimed for Singapore to have at least 5 or 6 swimmers to meet the “A” qualifying marks, as well as have a relay team make the cut.

For the record, only three swimmers made the ‘A’ cut and qualifying marks – Joseph Schooling, Quah Zheng Wen and Chantal Liew.

Widmer has left without meeting any of these targets, and worse still, left without even saying thank you and goodbye to the Singaporean taxpayers who funded his lifestyle over the last four years.

He did not respond to queries from the media, and only apologised through the SSA for the video which was produced in the OCBC Aquatic Centre, in which he stated that he was looking forward to joining LJ Swimming Club in due course.

No apology for the way he left.

No apology for being unable to meet any of his performance targets set for Singapore swimming.

No apology to the swimming fraternity for the support they showed him during his time here.

No apology for leaving before his contract was up.

Separately, while the SSA said that it allowed Widmer to take a personal leave of absence since July to solve his “personal matters” of ostensibly securing a new job in China, the swimming body’s decision to allow him to do so just before the Tokyo Olympics was a regrettable one, for which they need to explain themselves.

Was it right that he was allowed to abandon Singapore’s swimmers right before their entry into the world’s biggest stage?

Or perhaps, were his actions his own assessment of where Singapore stood?

Questions which only Widmer himself can answer, but will probably not have the guts to stand up and face anyway.

While the SSA’s Executive Director Edwin Ker said that the preparations for the Olympics were not affected, perhaps what the SSA should look at is the performance of the trio of swimmers at the Tokyo Games to conclude whether preparations were indeed affected.

Bad play, SSA, in your contribution to this fiasco.