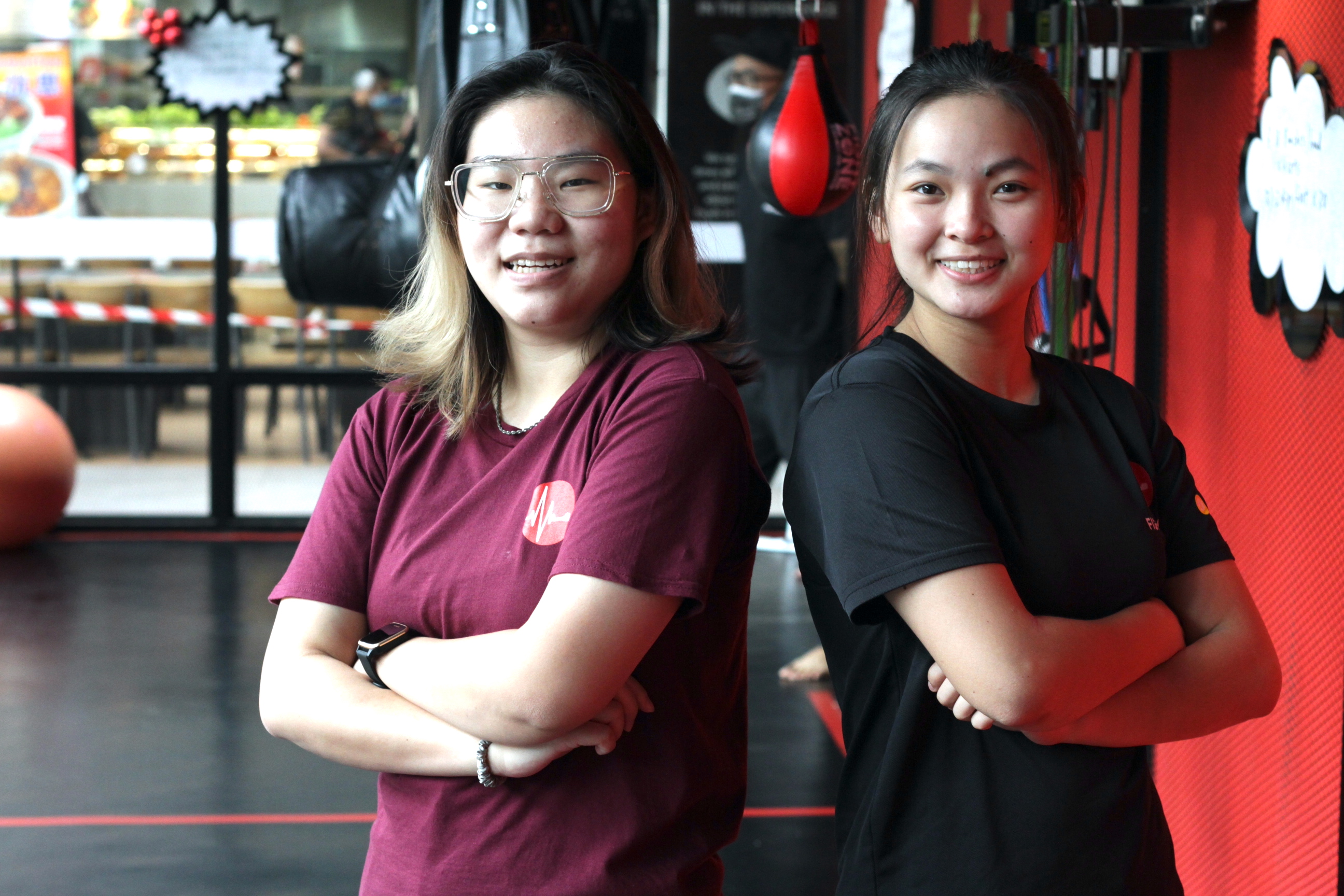 Gredel Liu’s father walked past the Fight Zone outlet AMK Hub and saw that the outlet was looking for trainers.

Immediately, he was triggered to check if he could get his daughter to pop by to check if she could apply for a part-time position as a trainer.

“He knew I did some muay thai and boxing and he thought it would have been a good opportunity to earn some money,” said the 18-year-old Nanyang Polytechnic (NYP) student.

Liu’s parents – father Alvin Lau and mother Celeste Poh  – both run a fried rice outlet at the food court right outside the Fight Zone outlet on Level Three at the AMK Hub.

After the introduction, Liu, who is finishing a food and beverage course at the NYP came by for a short interview and was then put through her paces at Fight Zone’s Suntec City outlet.

She had to go through six hours of floor and heart rate monitored training, with multiple sessions of muay thai basics before she was able to start as a floor trainer and help clients who turned up for training sessions.

It helped immensely that Liu already had a background in muay thai prior.

These days, she spends about three to four days a week helping Fight Zone clients at the Velocity outlet.

It has been a year since she started her stint as a part-time trainer, something which she has relished over time.

“I am earning an income and am independent,” she revealed.

“I have learnt so much, like being patient and knowing how to manage different clients from all kinds of backgrounds.”

Like Liu, part-time trainer from the AMK Hub outlet Thong Ning Xuan is also still completing her Sports Management and fitness-based studies at the ITE Central.

The 19-year-old is the eldest of three siblings.

She started off as an intern with Fight Zone in 2020 after she was had her internship request rejected by two other companies.

“I was glad that I got an opportunity with Fight Zone and moved from being an intern to a part-time trainer,” she said.

“It was an all-new experience as I had not done any kind of high intensity training when I joined.

“But over time and with the training and supervision of the senior trainers, I have learnt a lot.”

She added that her experience with Fight Zone has taught her how to better manage her time and has also given her a glimpse into how it feels like to work and earn her keep.

“Priceless experiences which not many youngsters my age can get an opportunity at, unless there are employers who can trust us to get the job done,” she added.

Ning, as she is affectionately referred to by other members of Fight Zone, trains clients three times a week at the AMK Hub while Liu is on the floor at the Fight Zone outlet at Velocity.

THIS ARTICLE IS POWERED BY FIGHT ZONE.