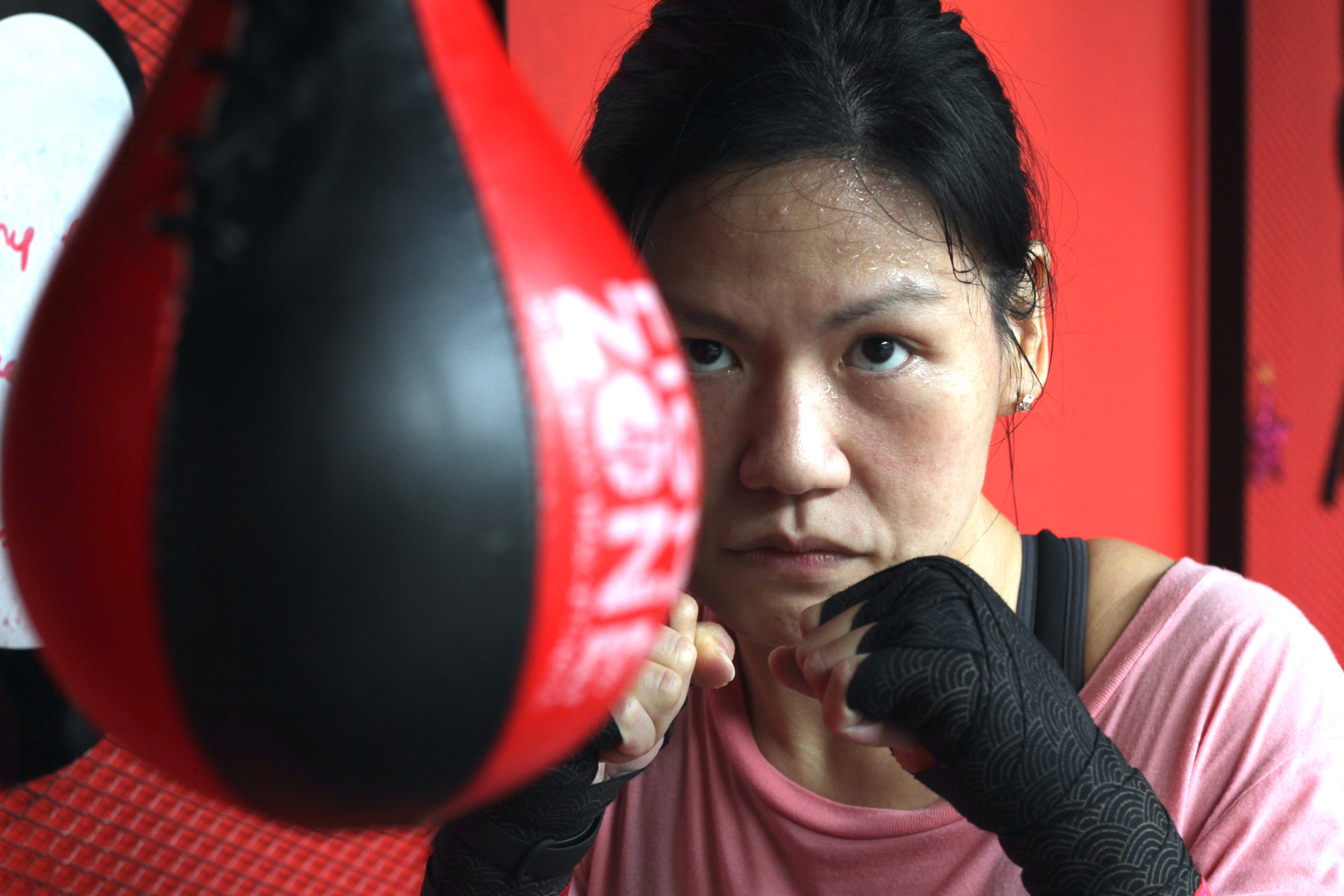 Struggling to fit into her clothes, and struggling even harder just to move from point to point without getting breathless, her awakening came after a visit to her doctor.

Obese and with multiple medical issues like persistent coughing and hypertension, she decided that she needed to make a change in her life.

“I remember clearly that day, when all the doctor could give me was bad news. Was obese and 135kg, and needed to do something urgently,” said the 37-year-old.

Coincidentally, it was on that day when she came across the Fight Zone pop up booth as she was walking around AMK Hub, which was prior to the official opening of the outlet at Level 3 of the mall.

“It was on that day itself when I saw the booth and thought wow this looks intense and maybe it would help me and decided to sign up,” she recalled.

From then on, she had already started working on her weight, by watching her diet and also through long walking exercises.

On her fist day of her workout at the Fight Zone outlet at AMK Hub, she weighed in at 117kg.

“I literally died at station two,” she recalled.

“I felt like a broken television set, going blur as it was about to break down.”

But that did not deter her from trying to complete the workout, and she returned the next day and completed the entire nine stations at a slower pace.

The trainer was patient with me and he helped me through, and after that I realised that with time, I just kept getting more comfortable with the exercises and intensity,” she said.

In fact, when she started her training regime, she could not even get any skipping done, but this improved over time as she worked on her fitness and momentum.

“It got easier over time,” she said.

She got so hooked to the exercise regime that even during the gym closures during the circuit breaker period, she continued her fitness regime by running about 5km daily.

Her persistence and discipline have paid off.

Since she started on her fitness journey, Tan has lost about 55kg and currently weighs about 80kg.

She has also had to change her wardrobe four times over the last two years.

“Not a bad thing actually, considering that now I can fit into an ’S’ sized top,” she beams.

She currently finds herself at the AMK Hub Fight Zone outlet about five to six times a week, and is easily the outlet’s most recognised face.

“These days, she tries to perfect her kicking and punching techniques, and also works on areas which she wants to do better at,” said Sasidharan Unnithan, CEO and Founder of Fight Zone.

“It is fulfilling for her that she is now able to do a lot more, and has transformed herself into a version of herself which she is proud of so she can take on new challenges.”

THIS ARTICLE IS POWERED BY FIGHT ZONE.