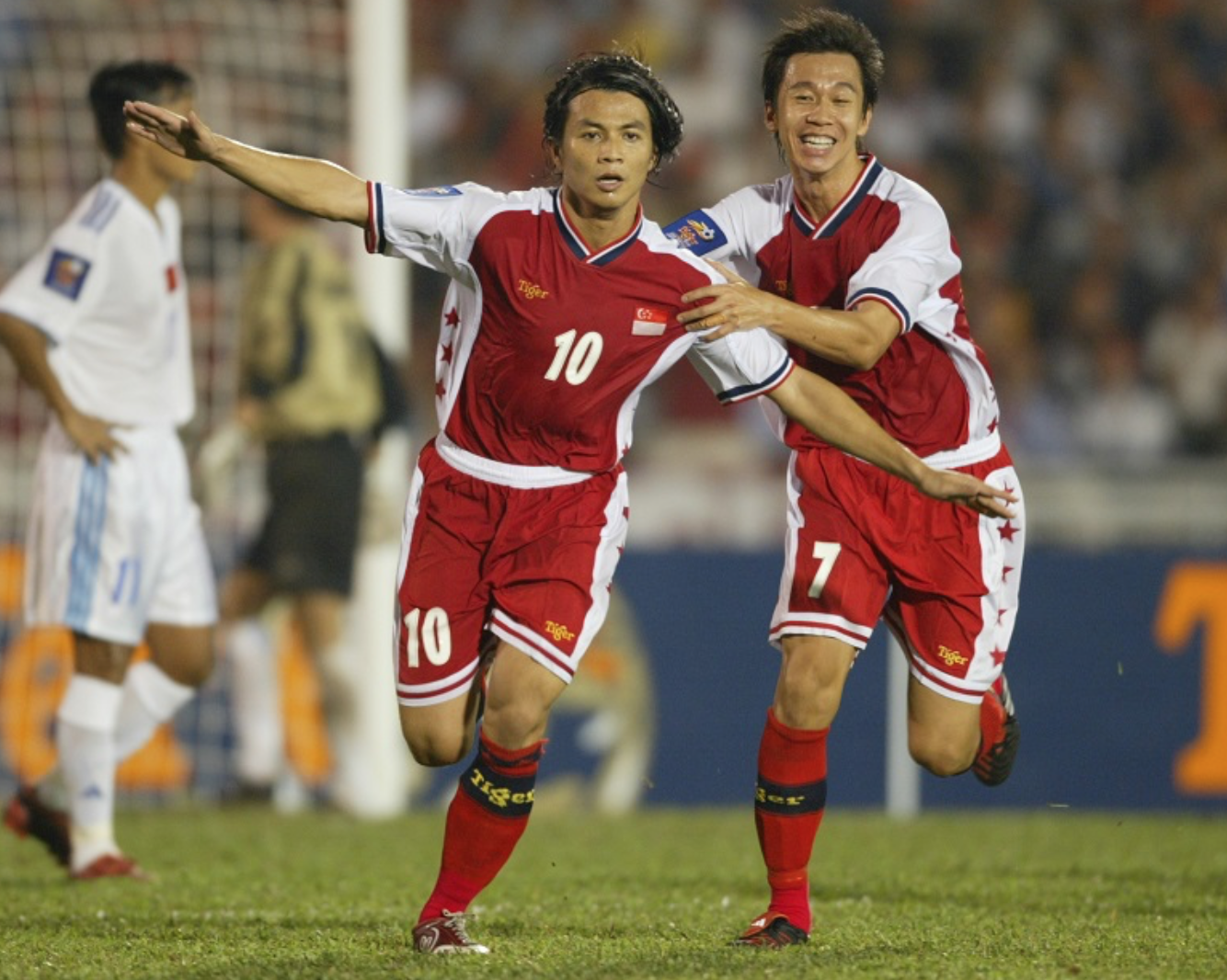 In 2000, with Vincent Subramaniam at the helm, the Lions were booted out at the group stage in Songkhla.

Two years later, with Jan Poulsen in charge, and with Singapore co-hosting along with Indonesia, the Lions were again given the kick out of the tournament before the semi-finals.

A 4-0 loss against Malaysia – the Causeway rivals –  was too much of a sting that Poulsen was shown the door just as 2003 kicked in with then-President of the Football Association of Singapore Mah Bow Tan having had enough of yet another Tiger Cup group stage exit.

In July 2003, in stepped Serbian Radojko Avramovic, a name which was still unfamiliar with most football fans in the region.

He had led Kuwait through the Asian qualifiers to the 2000 Olympics and then as head coach of the senior team, he guided the tiny oil rich nation to the West Asian Games football title in 2002, and Kuwait’s U-23s to the 2002 Asian Games quarter-finals.

The Lions did not have it easy leading up to the Tiger Cup in 2004.

Memorable losses at World Cup and Asian Cup qualifiers, which included a 7-0 drubbing at the hands on Oman and a 1-0 defeat to India in Goa, led to Avramovic announcing his intent to bank on youth, a declaration he made publicly at the end of 2003.

Stacked up against co-hosts Vietnam, Indonesia, Laos and Cambodia, the Lions entered the 2004 Tiger Cup in with very little public expectations.

Gone were names like Rafi Ali and Nazri Nasir, and in the team were a bunch of 20-year-olds which included Hassan Sunny, Baihakki Khaizan and Shahril Ishak, and a teenager called Khairul Amri, then only 19.

After the disappointment of 2000 and 2002, football fans were not expecting much from the Lions, which placed the team in the best possible position to quietly do their job on the field.

On 7 December 2004 at the Thong Nhat Stadium in Ho Chi Minh City, the Lions took their first point of the tournament with a draw against the hosts, with the equaliser being scored by Indra Sahdan with only 20 minutes left on the clock.

Two days later on 9 December, the Lions came up against Indonesia and walked away unscathed after a 0-0 result but were still jittery especially after Vietnam put 9 goals past Cambodia in the earlier match.

With a far superior goal difference, Avramovic and his Lions’ eyes were on the Indonesia v Vietnam match at the My Dinh Stadium in Hanoi.

A draw (which was what many were expecting) would have effectively put paid to Singapore’s chances just on goal difference, even though there were still two more matches to play for the Lions.

But the Indonesians led by players like Kurniawan Yulianto and Boaz Salossa, had other ideas as they silenced a partisan Vietnam crowd with a 3-0 defeat.

Qualification was now within the grasp of Avramovic’s Lions and they went on to score a 6-2 victory against Laos on 13 December at My Dinh Stadium and then a 3-0 win against Cambodia at the Lach Tray Stadium in Hai Phong two days later, with even Baihakki Khaizan finding the back of the net.

The Lions finished the group stage in second position and now had to face off against Myanmar, which had topped Group B, with Malaysia ending up as runners-up.

The Thais, who were the 2002 champions, were knocked out at the group stages and missed the semi-finals.

The match was played on 29 December 2004, just three days after a tsunami battered many parts of Southeast Asia.

Myanmar’s home match was played at the KLFA Stadium in Kuala Lumpur.

A match which swung from end to end, the Lions pulled off a 4-3 first leg victory with goals scored through Daniel Bennett, Agu Casmir, Alam Shah and Shahril Ishak.

It was the return leg on 2 January which Singaporean football fans of the 2000s will remember for most of their lives.

A water-soaked pitch due to the incessant downpour meant the conditions would have favoured neither team at the National Stadium.

While needing just a draw to qualify for their first finals since 1998, the Lions instead went 2-0 down in front of their own home fans.

It was advantage Myanmar with 40 minutes left showing.

At the 70th minute mark, Avramovic and his Lions led by the front by Indra Sahdan, Agu Casmir and Noh Alam Shah were still finding it hard to find a way past the Myanmar backline.

In the VIP section, by himself on one of the grey bucket seats, Football Association of Singapore President Ho Peng Kee clasped his palms.

Alam Shah’s 74th minute header which was given an assist on the way in brought Singapore back to life.

A missed penalty by Indra four minutes before the end, a bunch of red cards before the 90 minutes was up for Myanmar, more goals by Alam Shah and one by Agu Casmir meant that Singapore made the finals for the first time since 1998 and would face off against Indonesia at the Gelora Bung Karno in Jakarta just a matter of days.

The match was only barely three minutes old when Daniel Bennett’s thunderous hit from about 35m out found its way into the back of the Indonesian net.

Speed demon Khairul Amri made it two nil to the Lions before the break and Singapore was cruising well before Agu Casmir made it 3-0 on the 70th minute mark.

While Indonesia pulled one back just before Korean referee Kwon Jong-Chul called time on the match, the 3-1 win only meant one thing.

The Lions were not to be denied.

With a sea of red welcoming the Singapore side into the National Stadium, goals from Indra and a penalty from Agu secured Singapore the 2004 Tiger Cup with a 5-2 aggregate.

It was the start of a glorious era for the Singapore Lions which would last till Avramovic’s departure after the 2012 Suzuki Cup.

Singapore has not made it past the group stage of the competition since winning the tournament, renamed the Suzuki Cup, in 2012.