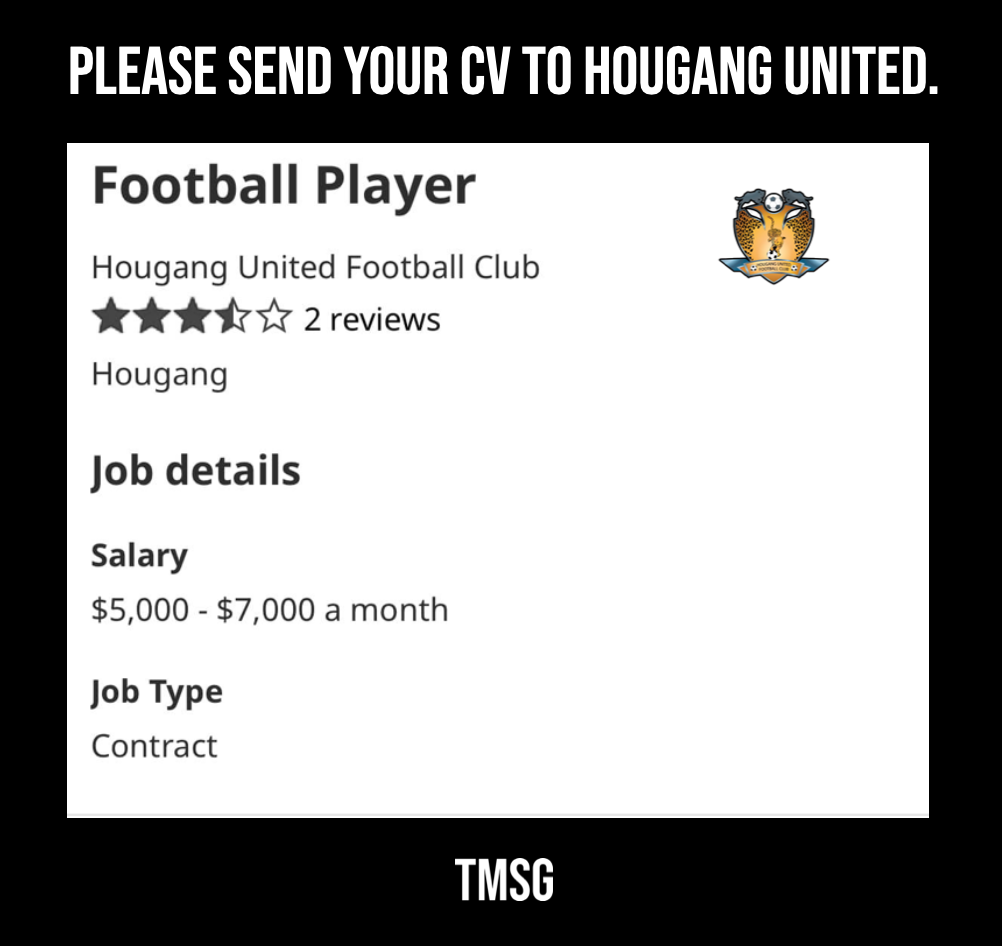 A job advertisement posted by Hougang United Football Club (HGUFC) looking for a “Football Player” has created an online stir.

While it is not the first club to post such an employment advertisement, given that it is apparently a requirement based on current employment laws, the very act that a professional football club has to resort to making such job postings has raised a ruckus among football fans.

The job posting was loaded on job portal Indeed and was offering a salary of between $5000 tp $7000, which means that the club is probably hunting for a foreigner.

The job was posted on 18 May and will expire on 8 June.

The job posting is also found on SGCareersFuture government-run website, and has received 29 applications so far.

Among the conditions which have been put up by the club include not having any “major disciplinary records” and must be able to play in “competitive and friendly” football matches.

Fans have reacted online to the ridiculous rules which professional football clubs in Singapore have to cross to sign a foreign football talent.