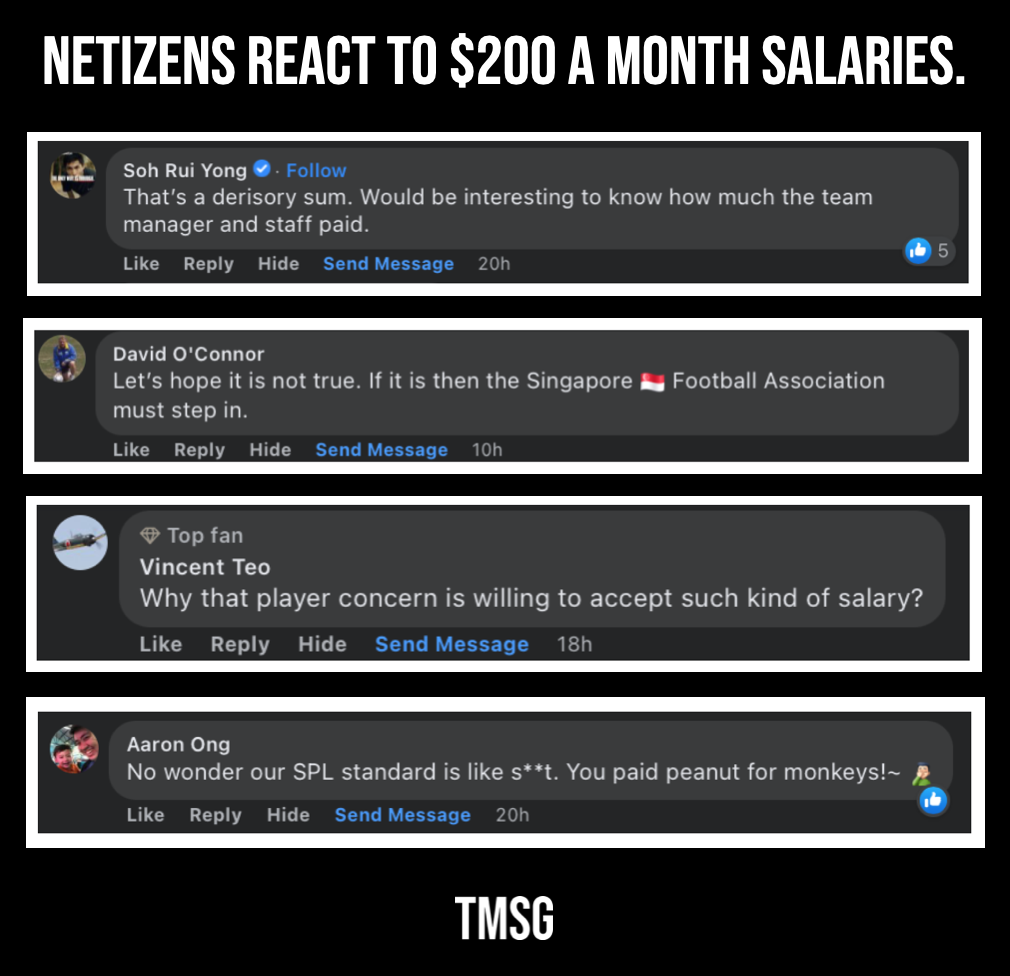 Singapore football fans and netizens have expressed shock and disbelief over news that several footballers who are playing for a Singapore Premier League clubs are being paid $200 a month.

Especially so in a professional football league which is not green anymore, having been established almost 30 years ago back in 1996.

One of the players who was on the receiving end of the paltry sum has also been capped at international level for Singapore and is in his twenties, so let’s make it clear that we are not talking about players who are in their teens or still in school.

The story was posted by TMSG on 24 April, and has since been shared more than 100 times.

Fans are also demanding to hear from the club in question, and have also offered suggestions on which club they think is responsible for the disgraceful act of offering $200 for players to play in a professional league.

See sampling of comments in the post so far.

Former national defender Madhu Mohana had also posted a tweet about the fiasco.

TMSG has not named the club or the player to protect the identity of the players and the informants who have provided us the data and the evidence.

There are also fans who are demanding to know why the players accepted their contract with the club, especially since all contracts signed are mutually agreed upon.

One of the players who was on the receiving end of the $200 a month contract revealed that he had not been given a copy of his contract.

It is understood that the club manager was told to hold on to their contracts first and not pass the contracts to some of the players who had signed off on the contracts.

Former Gombak United and Woodlands Wellington coach David O’Connor probably sums it up for most with his comment.