Clubs were not consulted, says Olympian Ang Peng Siong. Why not? 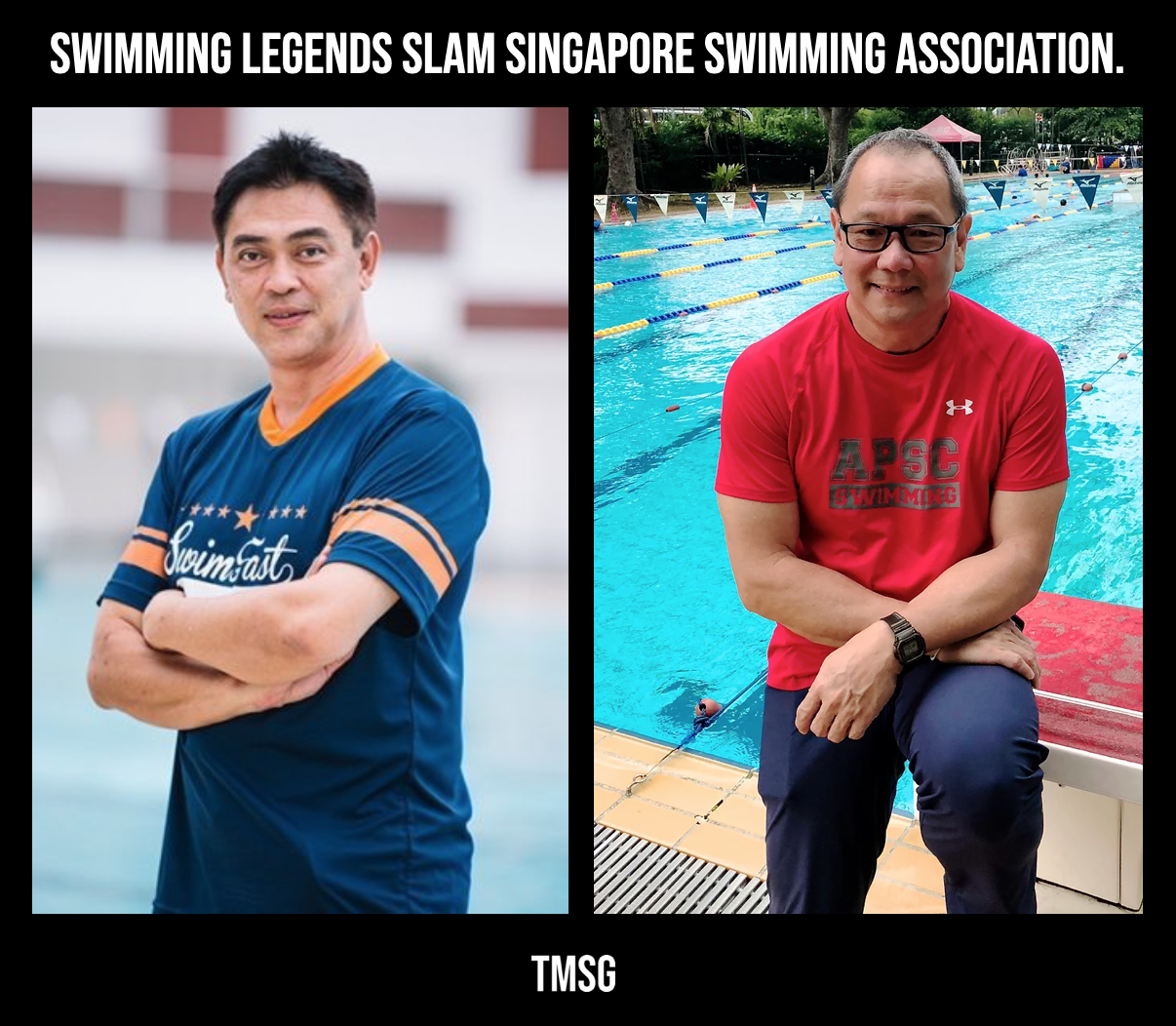 Two of Singapore’s most recognised swimming legends have slammed the Singapore Swimming Association after it was announced that a second National Training Centre (NTC) will be set up at the Singapore Sports School.

“I was not consulted,” Ang, who runs Aquatic Performance Swim Club, told the Straits Times.

“A lot of the initiatives are done without engaging affiliates which is disturbing.

“The SSA is supposed to represent affiliates.”

He added that he was informed of the news via an email on Thursday, the day the information was made public.

There was no prior engagement.

Ang disagreed with the setting up of the second centralised training centre, to complement the one which is currently run at the OCBC Aquatic Centre.

“The models around the world, especially in the United States and Japan, have shown how successful it can be when you have clubs contributing to the talent pool.

“Once you narrow it down to just a few selected locations, you are putting all the eggs in one basket.

“Our track record at the school speaks for itself – we have contributed to almost 200 medals at major Games over the years.

“We have coaches who are more than capable.”

National coach Gary Tan, explained that the NTC was not in any way meant to sideline clubs, but to support a bigger community of swimmers vying for the 2028 and 2032 Olympic Games.

“You are not forcing but you are creating a system where it does not encourage club programmes to succeed.”

This would kill local clubs and the value generated for the swimming system.

“Clubs have had the cream of their swimmers taken away since the NTC started,” he told the Straits Times.

“So how is SSA going to motivate these coaches?

“How is SSA going to get more people into this profession if they are literally telling everyone, ‘You’re only good to a certain level’.”

Lim also asked, “If SSA thinks this is the way going forward and wants to set up more NTCs, they also need to come out with a pathway for clubs to work hand in hand with the national agenda.”

Wish to place an advertisement with us? Drop us an email at hello@tmsg.sg