It is win or bust for the Lions. Simple as that. 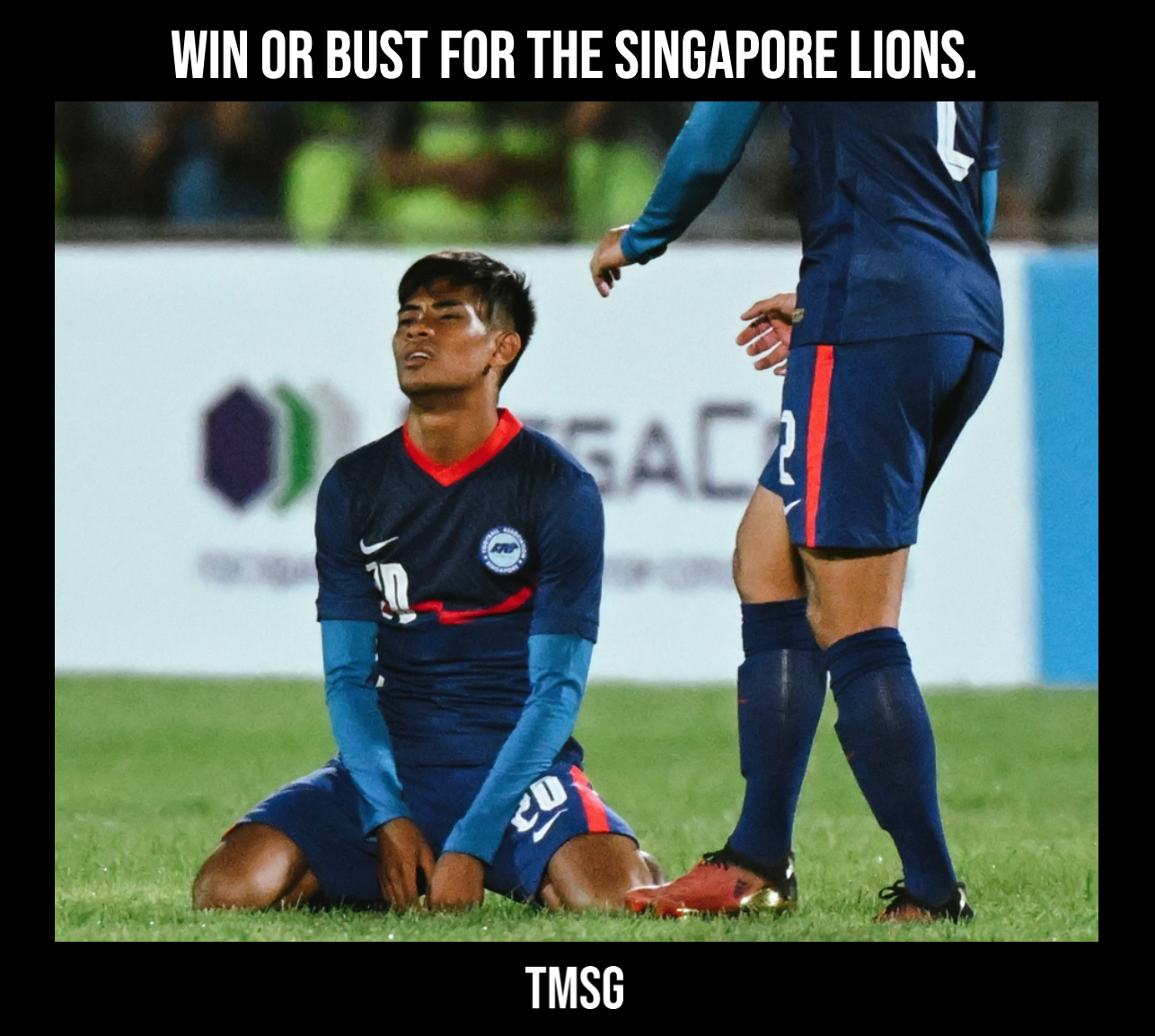 15 years ago, the Lions faced off against Tajikistan twice in the 2010 World Cup qualifiers in 2007.

Under Radojko Avramovic, the Lions powered to a 2-0 win at home at the National Stadium and then held the Tajiks 1-1 away.

Aleksandar Duric was on the score sheet twice in the home match, his debut as a Singaporean and in a Lions jersey.

The Lions were a formidable force then, having won back to back Asean Football Federation titles in 2004 and then in 2007.

Fast forward to 2022 and it is a different story unfortunately.

The Lions are now ranked 158th in the world, while their opponents are in 114th place.

But there is one thing in common – both sides have never made the finals of the Asian Cup on merit.

Singapore last took part in 1984 as hosts while Tajikistan are aiming for their first-ever appearance in the quadrennial.

The Singaporean boys in red must win in their Group F Asian Cup qualifiers to stand any chance of making it to the finals of the Asian Cup in 2023, a feat which even Avramovic could not achieve.

Tajikistan are in the driving seat with a 4-0 win against Myanmar in their opening match.

Takayuki Nishigaya, the new Lions tamer, still believes his charges can get the three points despite a loss against the Kyrgyz Republic on 8 June.

“It is a very important game for us,” the Lions coach said.

“We still have a chance to qualify and I told them (the team) immediately after the match (against Kyrgyz Republic) that we have two more games, so we just have to focus on those two games.”

At the Dolen Omurzakov Stadium, the Lions will need to take their chances, or else they will get punished.

“They have many good, quality players, especially their attackers so we just have to try to manage them,” Nishigaya said.

“But if we are able to continue this way (and build on the previous performance against Kyrgyz Republic), we will be able to get the three points.”

The match is at 6.30pm and will be aired on the FAS Youtube channel.