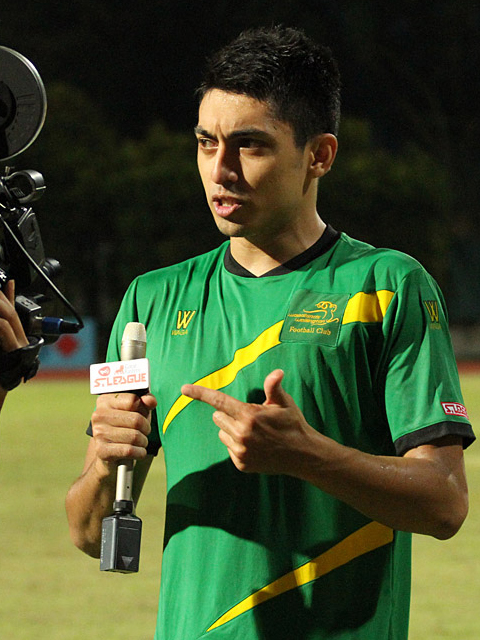 He was 36 and is the son of Singapore legend Samad Allapitchay.

Shariff, who played for Tampines Rovers, Home United, Hougang and Woodlands was also the S-League Young Player of the Year in 2007.

He also made one appearance for the Lions in 2013 under coach Bernd Stange.

It is not known what caused his sudden death but condolences have been pouring in via Facebook.

His last Facebook post on 5 February showed him lying on a hospital bed in Tan Tock Seng.

In a statement posted at 3.00pm on its Facebook page, the Football Association of Singapore said that it was “deeply saddened to learn about the passing of former player Shariff Samat.

“An accomplished centre-back, he earned one cap for Singapore in 2013 and totaled over 100 appearances in the league playing for clubs such as Sembawang Rangers, Home United, Young Lions, Tampines Rovers, Hougang United, Woodlands Wellington and Geylang International.”

The statement added that he was “an uncompromising defender” and that the FAS’ “thoughts and condolences go out to Shariff’s family and loved ones during this difficult time.”