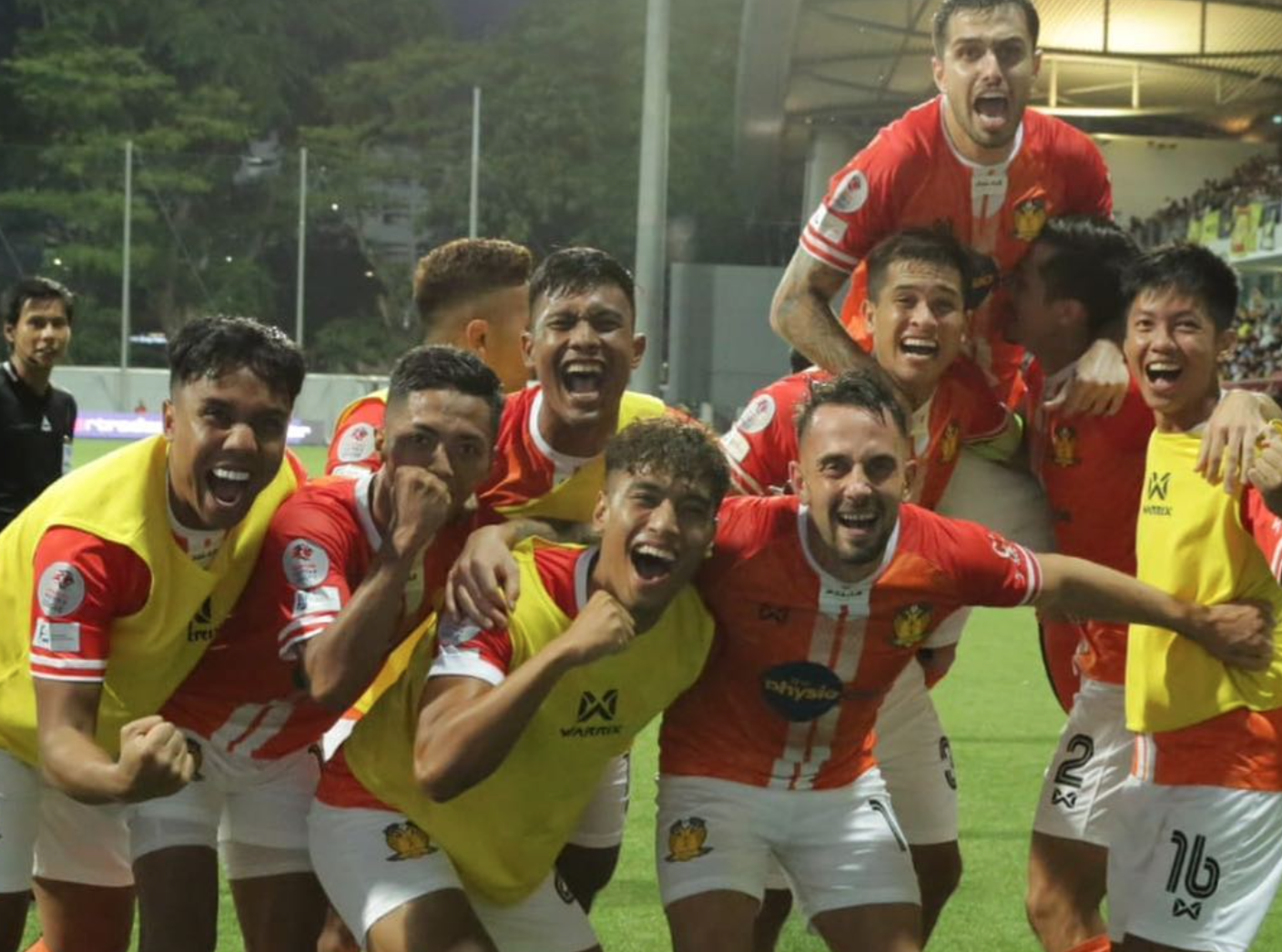 Hougang United made their way into the history books by lifting their first ever trophy in their competing history in all Singapore League and Cup competitions after they handed Cup defending champions Tampines Rovers a 3-2 defeat at the Jalan Besar Stadium on 19 November.

Kristijan Krajcek’s hattrick of goals in the 17th, 57th and 78th minutes of play allowed the likes of Amy Recha, Shawal Anuar, Nazrul Nazari and Zulfahmi Ariffin an opportunity to lift a major trophy while arguably playing in the twilight of their careers.

Krajcek also became the first player in the Singapore Cup history to score a treble of goals in the finals.

He said after collecting his winners medal, “I am feeling blessed, am very happy.

“This is the first major trophy for me and for Hougang.

Added assistant coach Firdaus Kassim, who has been standing in for Clement Teo, “I’m speechless now, but I have to give everything to the boys.

“You could see in many moments of the game, it was a battling performance.”

The men in orange found the net first after robbing Yasir Hanapi of the ball but Taufik Suparno made it all square after a taking all and sundry on and put the ball past Zainol Gulam before the stroke of half time.

Yasir was substituted in the second half after taking a knock in the face following an aerial challenge, a substitution which probably changed the course of the match for Tampines Rovers.

Defender Irfan Najeeb then put the Stags up after sneaking in a headed following a corner but it was at that point that Krajicek chose to turn the heat on with two more goals which secured the Cheetahs and their hard-core Hougang Hools their first ever Singapore Cup championship since coming into existence in 2011.

A few Hougang Hools fans ran onto the field after the final whistle but they were quickly rounded up by security officers, as Krajicek was seen lying on the turf, in tears.

The Cheetahs had also received a social media boost ahead of the final as Member of Parliament for Hougang Dennis Tan put up a post urging the team on.

Watch all goals in the video below.