Home debut and win for Takayuki Nishigaya against Maldives but Ikhsan Fandi’s exit a worry for Lions. 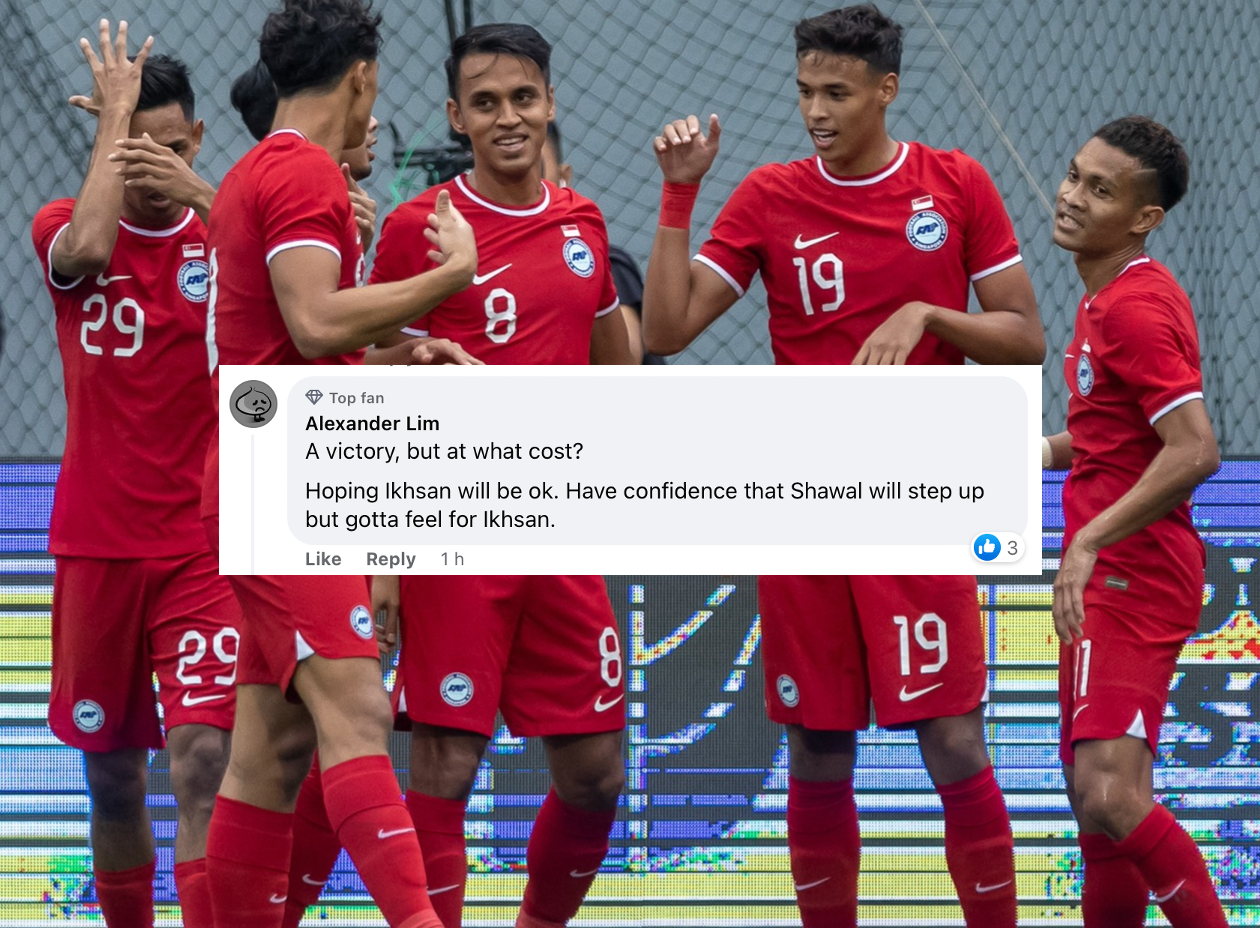 A 3-1 win over Maldives isn’t usually something to crow about, given how the Lions have usually gotten the better of the South Asian island state over recent years.

But for the Lions and coach Takayuki Nishigaya, the victory will be the best possible tonic for them as they head into the final stretch of preparations for the upcoming ASEAN Football Federation (AFF) Mitsubishi Electric (ME) Cup.

A brace by Shawal Anuar and the opener by Ilhan Fandi were enough for the Lions to seal the win, with Maldives’ response coming courtesy of a header by Ibrahim Hussain.

The one worry for Nishigaya will be the fitness of Ikhsan Fandi who did not last the first 45 minutes after being replaced due to a knock he received.

Singapore fans reacted to Ikhsan’s removal from the match and the risk that he may not feature when the Lions open their AFF ME Cup campaign on 24 December.