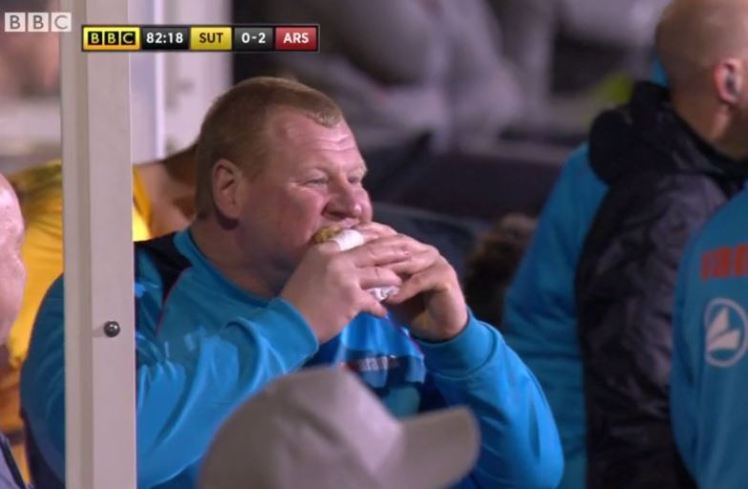 Even if you were not a football fan, it would have been hard to miss the news about Sutton United’s reserve goalkeeper Wayne Shaw ahead of the English FA Cup tie against Arsenal on 20 February.

A construction builder by day, Shaw is also the club’s reserve goalkeeper.

The non-league side’s progress into the fifth round of the competition had many news outlets describing the story as a fairy tale and how the romance of the FA Cup competition was very much alive and kicking.

However, barely 48 hours after the match in which Arsenal won 2-0 away at Sutto United, Shaw has submitted his resignation to the club, which has been accepted.

Why? Watch this video.

Mid-way through the second half, Shaw was captured on camera wolfing down a pie.

Nothing wrong in that, except that bookmakers had offered 8-1 odds that Shaw would eat a pie in front of cameras.

While his football career may be over, it does look like Shaw does have a new job offer, as he has been offered to be an official pie-taster for supermarket chain Morrison’s.