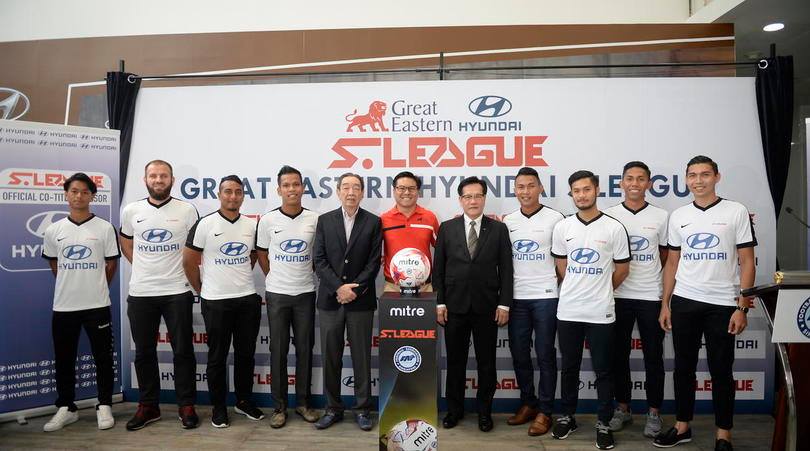 It has to go down as a football match which has been made in S.League heaven, no less.

On 24 February, Hyundai confirmed its co-sponsorship of the S.League, the only professional football league in Singapore.

And in announcing the partnership, the S.League will called the Great Eastern-Hyundai S.League.

Hyundai cars are distributed in Singapore by Komoco Motors, and its group managing director is Mr Teo Hock Seng.

It is thus apt to call the partnership the Hock Seng-Hock Seng S.League.

Hyundai’s sponsorship of the S.League is said to be in the region of about $1 million, even though the sponsorship amount was not made public.

Said Komoco’s Mr Teo at the announcement: “It (the sponsorship) is value for money and it makes sense. Hyundai feels that its sponsorship of the A-League has provided it with very good publicity and, a few weeks ago, the president of Hyundai told me to see what more we can do for brand awareness and sports marketing in this region.”

The 2017 season of the S.League begins on Sunday, 26 February, at the National Stadium with Albirex Niigata taking on Tampines Rovers in the season’s opener.