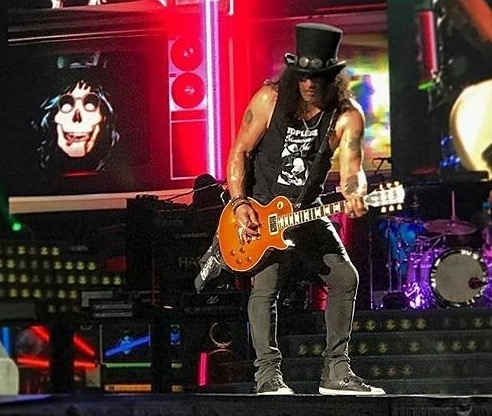 The traffic to the Changi Exhibition Centre was painful and with traffic backing up for hours, people ended up having to relieve themselves by the side of the road as they inched towards the venue.But when Guns N’ Roses took to the stage, all was forgotten and all hell broke loose.

Here are a few photos which have been trawled from online paradise city just to relieve the once in a lifetime tour which rocked Changi on 25 February.

But while most were having fun, others did share some ‘areas for improvement’.

Security into the venue also appeared to be lax as tickets were left unchecked and people were just walking past security and ushers without getting their tickets checked. This is an area which the event organisers LAMC Productions needs to address seriously.

All said and done, it was a night to remember, all thanks to the Yo-Yo Ma of Rock aka Slash.