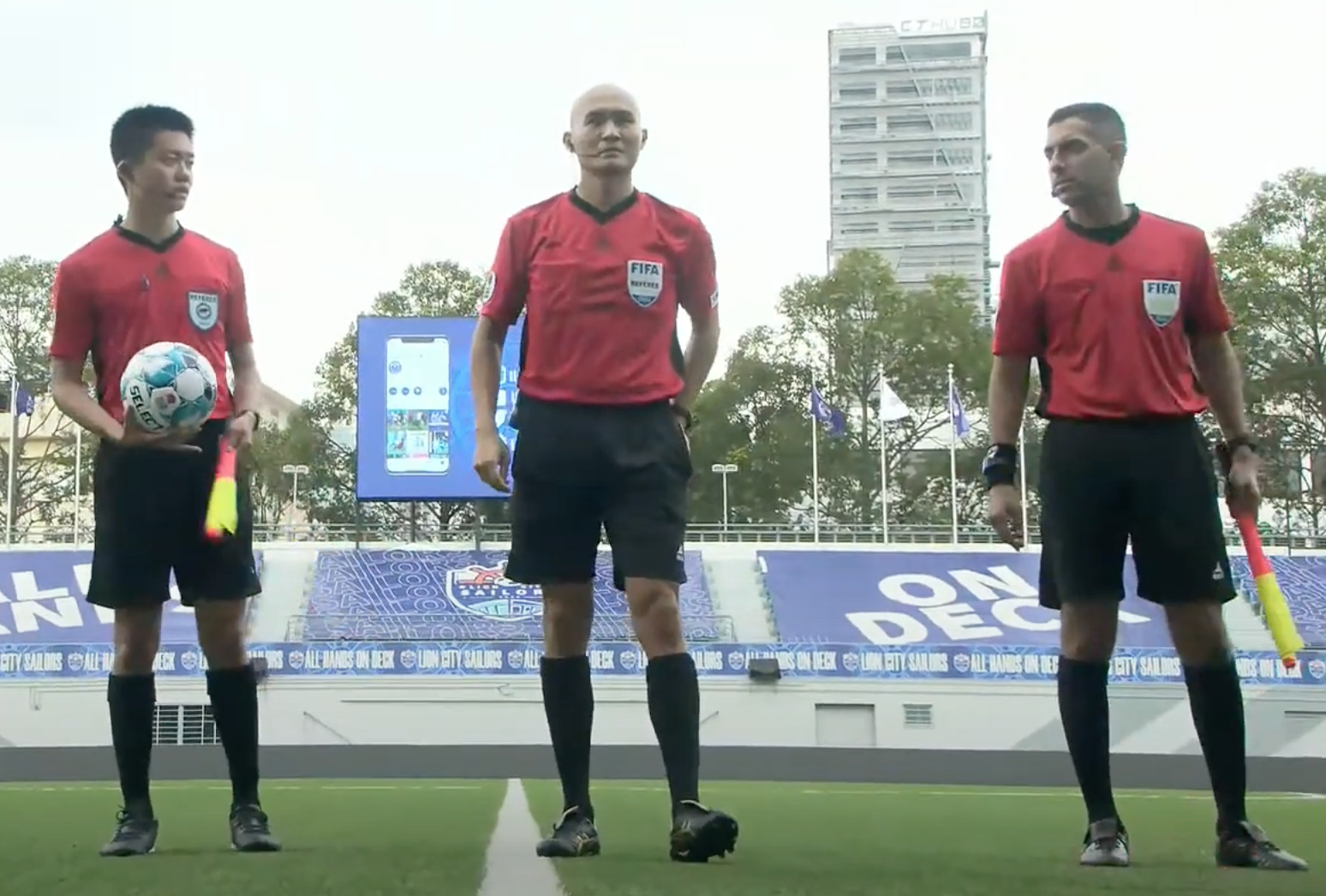 The Football Association of Singapore (FAS) have admitted in a statement that the match officials who handled the Singapore Premier League (SPL) Lion City Sailors and Tampines Rovers match on 13 March made a mistake in disallowing Firdaus Kasman’s goal which was scored in the 68th minute.

It was a legitimate goal which was put into the back of the net by Firdaus about 30 seconds after he came on as a substitute, which would have made it 1-1.

However, as the Stags players began to celebrate what they thought was the equaliser, assistant referee Manoj Kalwani raised his flag and signalled that Yasir Hanapi was offside.

Match referee Jansen Foo, who could have allowed the goal to stand by overturning the assistant’s decision, agreed with the call.

A decision which has now been listed as flawed by the national football body.

“The match officials had adjudged Yasir Hanapi of Tampines Rovers Football Club to have interfered by making an obvious action which clearly impacts the ability of an opponent to play the ball.

“In our review of the match, while the match officials had gotten the majority of the decisions correct, they had in this case, incorrectly interpreted the law and are rightfully regretful over their respective errors in judgement,” said the FAS in a media statement through Nazeer Hussain, the head of the FAS referees department.

He added that he had “personally reached out” and “formally acknowledge and apologise for the match officials’ mistake.”

Not that the apology will mean anything for the Tampines players, who were robbed of a point in the keenly contested clash.

The FAS also added in its statement that since late 2021, it had started planning to implement the Video Assistant Referee (VAR) technology, something which will happen in the near future for the SPL competition.

No other details were provided in the statement.

The Lion City Sailors only goal of the match was scored by Kim Shin-wook off a penalty in the 54th minute.

The Stags also had a goal by Chris van Huizen disallowed due to offside.