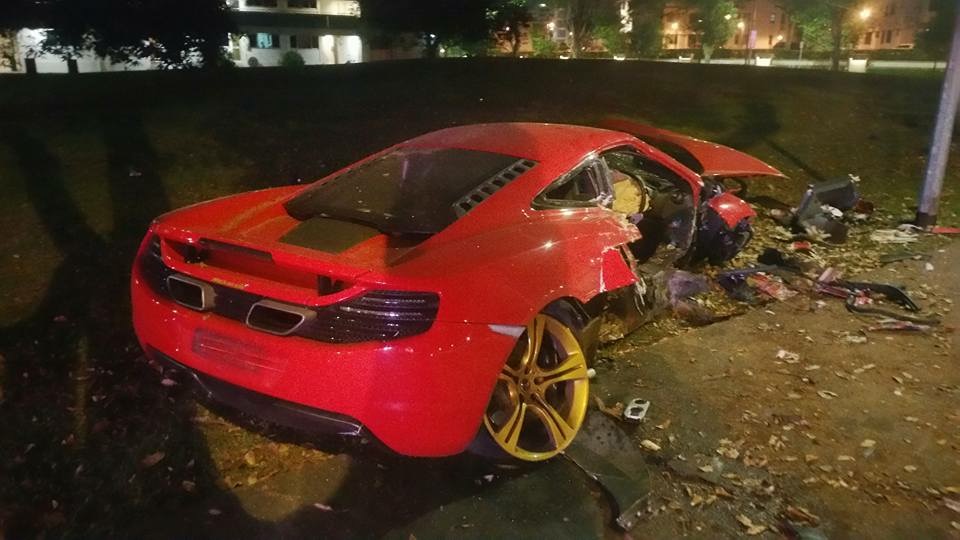 A nasty accident involving a $750,000 red McLaren and a taxi happened in the wee hours of the morning along Yishun Avenue 1.

Photos and videos circulating on WhatsApp groups show the extent of the damage to both cars, but with sketchy details of what happened.

No other details are available except that the 27-year-old driver of the red sports machine and the taxi were both injured.

An ambulance was also seen in the video.

It is understood that the driver is the young Chief Executive Officer of Cradle Wealth, a wealth management firm.

The company apparently celebrated its third anniversary on the evening of 21 October.