Government has no desire to develop football: Bernd Stange 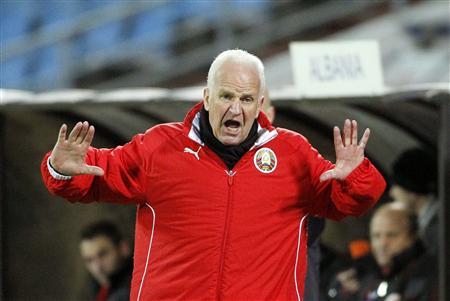 Former Singapore national football coach Bernd Stange hit out against the Singapore government for the current state of football in Singapore.

In a response to a Facebook post following Singapore’s 2-1 away loss to Turkmenistan in the Asian Cup qualifiers, the German said: “I left your beautiful country because I didn’t feel there is a desire of the government to develop professional football.”

He also blamed current national coach V. Sundramoorthy for the current state of the national team.

He said: “Sundram changed the direction from young players to aging players, from attacking football to ultra defensive football and the FAS let him do it.”

Stange spent three years as Singapore national coach from 2013 to 2016. During these years, the FAS received more than $100 million in income including disbursements from Sport Singapore and the Singapore Totalisator Board.

Stange was in charge of 19 matches during his reign and won eight, drew two and lost nine.

Like Sundram, he also did not make it past the group stages of the Suzuki Cup when he led the Lions in 2014.