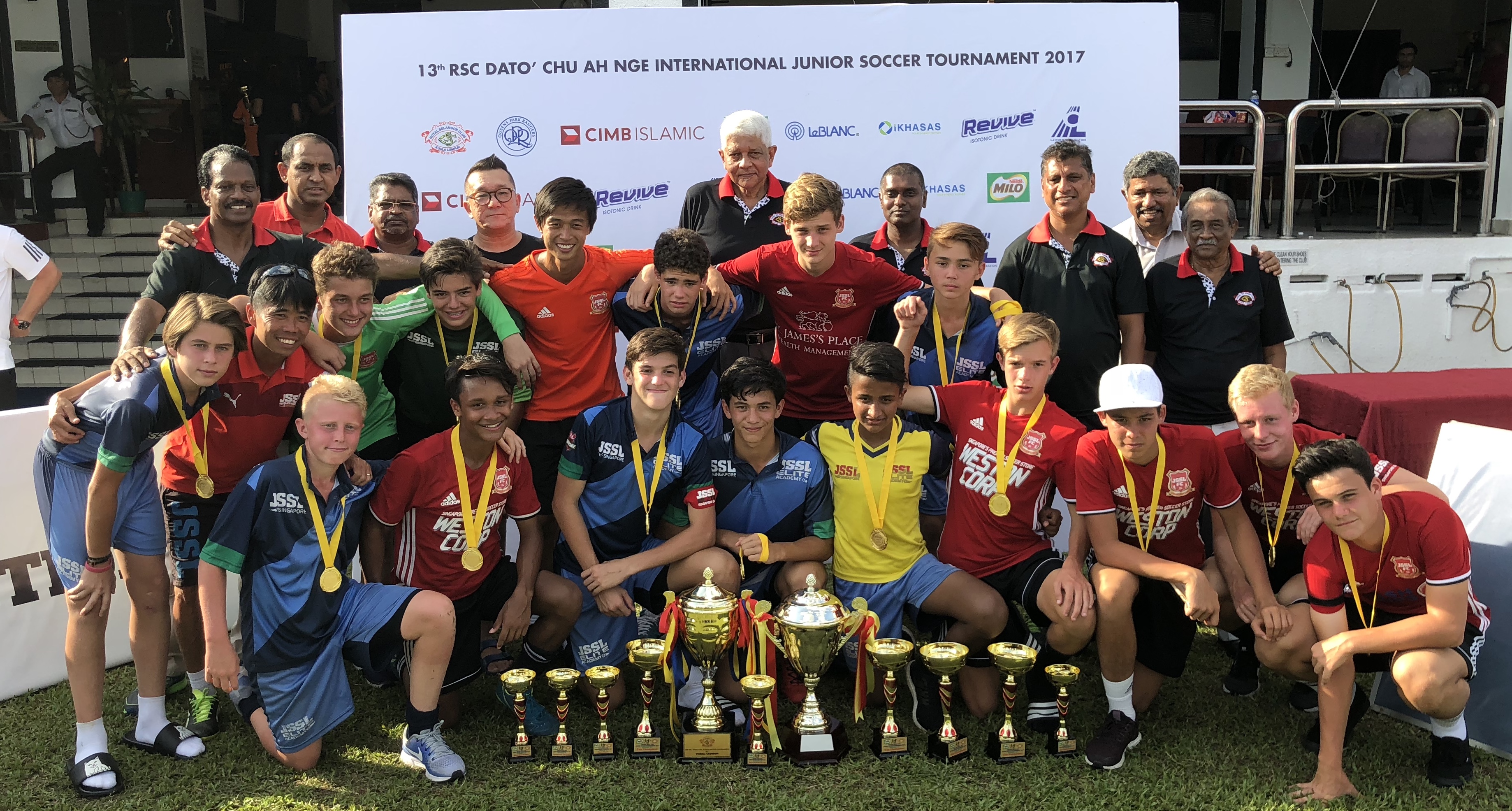 Participating in the Under-8, Under-10, Under-12, Under-14 and U-16 categories, the youngsters swept four of five titles available.

The JSSL boys lifted all the titles, and emerged runners-up in the Under-8 category.

JSSL Singapore also picked up the overall Dato Chu Ah Nge Challege Trophy for having the highest cumulative points at the end of the tournament.

Apart from JSSL Singapore, the event featured teams from Malaysia, Indonesia and China.

Said JSSL coach Gavin Lee, who led the Under-12s and Under-14s at the event: “It was a grand football festival which featured almost 100 teams.

“The kids had a lot of fun, and we always look forward to the end of year Royal Selangor Cup.

“The teams train hard all season and winning the titles was a rewarding result of their good work on and off the field as tournament football has added pressures like the 3 on 3’s which our teams dealt well with.”

The U8s were defeated by ATB Tun Razak in a 3 on 3 in the finals and picked up the runners-up tag instead.

JSSL Managing Director Harvey Davis added that the event allowed JSSL an opportunity to connect with football teams and officials from the region, ahead of the JSSL Singapore 7s 2018 which will be held in Singapore at the end of April 2018.

He said: “It was wonderful to see so many teams from the region participate at the RSC Dato’ Chu Ah Nge tournament.

“It is one of Malaysia’s top youth football events, and a festival for the players and parents.

“We are very glad that our boys came back each armed with a medal and a Challenge trophy.”