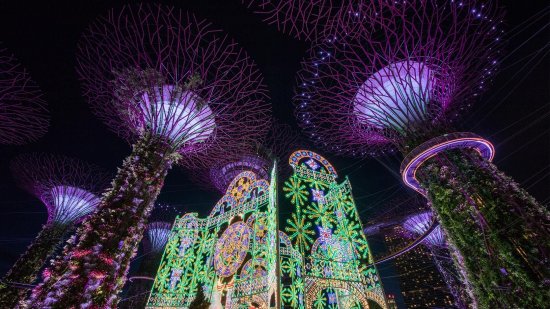 Have you been to Christmas Wonderland at Gardens by the Bay yet?

Well, according to a quick dipstick survey, there is a high chance that you would not have been to the Christmas Wonderland this year if you are a Singaporean.

Of 20 people randomly queried for this article, 15 said they weren’t aware of what Christmas Wonderland was and the remaining five said they had not been to the event.

Half of them also commented that it was an event which appeared to be attracting foreigners more than people who live in Singapore.

“The impression I get is that it’s an event which is keen to reach out to foreign tourists than Singaporeans,” was one comment which came through.

Christmas Wonderland is into its fourth year and is being held at the Gardens by the Bay.

It is organised by Blue Sky Events Pte Ltd, which regards itself as a boutique events company which specialises in seasonal festivals like Christmas Wonderland.

It doesn’t mention what other events the company does.

A glance through its Facebook page also shows how little content is being put up about the event. There’s also very little interaction or responses from its page fans.

A few netizens have also posted how poor the event has been on the event’s Facebook page itself.

These stories by The Smart Local (2017) and Dejiki.com (2014) will give a fair indication of how much the event has progressed (or not).