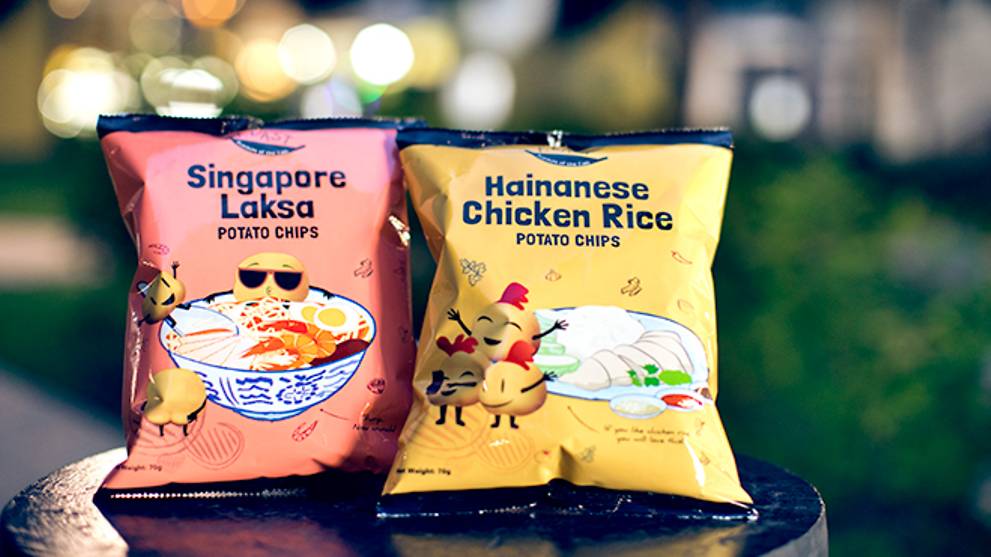 If you are a fan of chicken rice, or laksa, then maybe you might want to try some chicken rice or laksa potato chips.

In a media release, local brand F.EAST has announced that it will launch the new flavours, which are inspired by “two of Singapore’s most beloved dishes”, on Monday, 27 November.

If you want to taste the chips, customers can try and then purchase the chips at F.EAST’s Christmas Fair booth located at Raffles Place.

The chips will retail for S$3 per pack.

For all you crazies, it will also be available in a four for S$10 promotion until 1 December.

F.EAST added that it hopes to introduce other flavours from across Asia.

We offer five other possibilities, as follows: