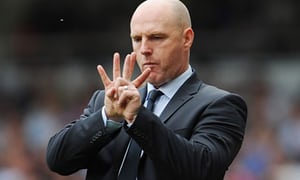 In an interview with Borneo Bulletin, the sultanate’s English daily, Englishman Kean is reported to have informed the journalist that “in his eyes, the Brunei national team is the fifth best Southeast Asian team behind Thailand, Malaysia and Indonesia who are on the same par and Vietnam fourth best.”

Which means that in Kean’s eyes, Singapore is worse than Brunei in Southeast Asia.

Kean, who was a former Blackburn Rovers manager, won the S.League title with DPMM in 2015.

Under his charge, the club also finished in second spot in 2014, and were in third place in 2016.