One year on, sports associations have yet to get a cent from One Team SGP Fund. 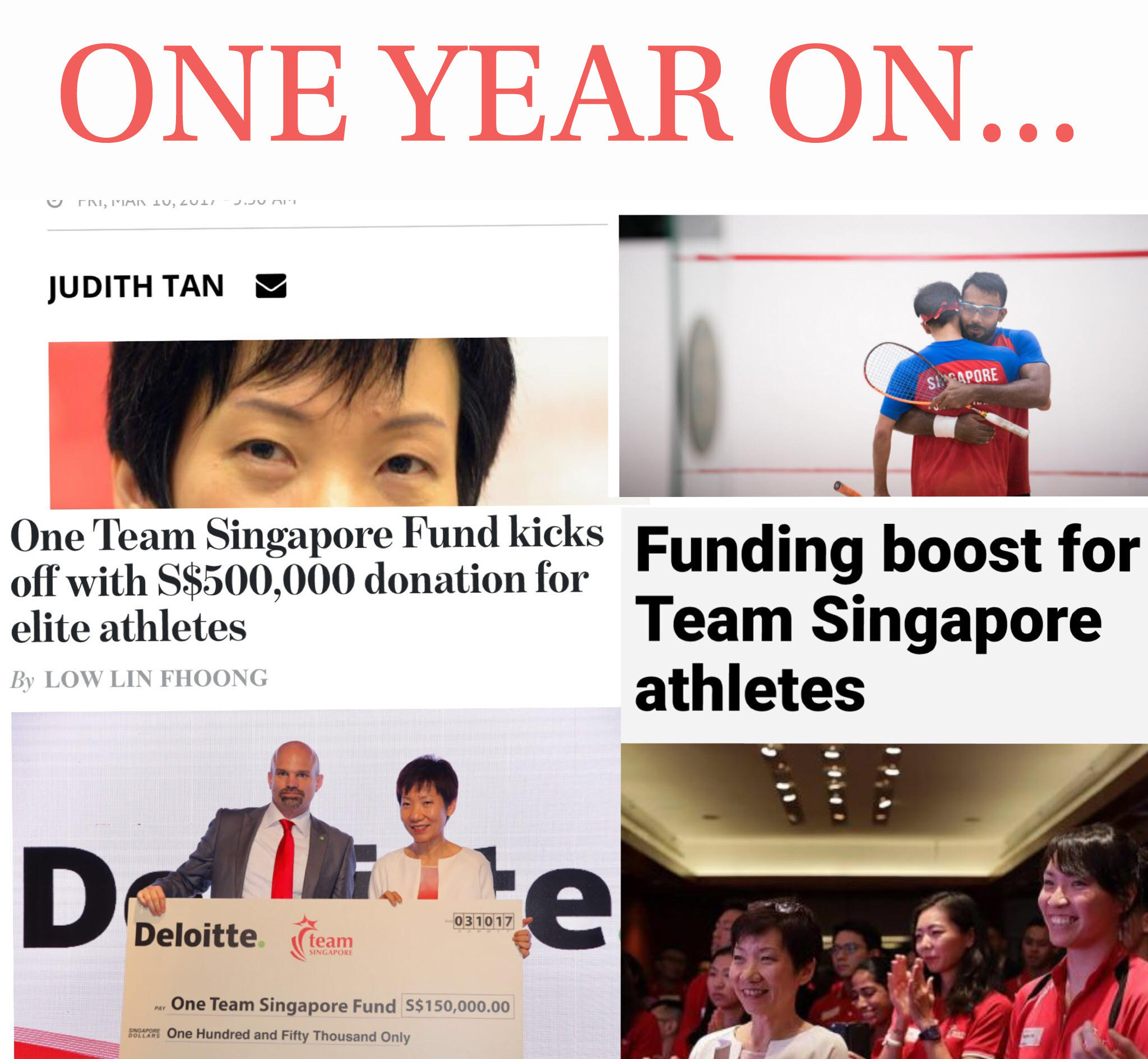 Exactly one year after announcing the One Team Singapore matching grant in Parliament for Budget 2017, not a single National Sports Association (NSA) appears to have benefited from the fund despite having submitted claims to government agency Sport Singapore.

What’s worse, in response to queries from NSAs, Sport Singapore officials have said that it was still “awaiting for updates from the Ministry of Finance.”

This is rather baffling, and is somewhat slipshod, with the probability that the announcement was rushed last year without having the policy fine-tuned and stress tested before its public airing in Parliament last year.

What is causing the delay for the NSAs who have made submissions for matching grants?

What updates are Sport Singapore awaiting from the Ministry of Finance?

Was the entire policy and its disbursement mechanisms cleared with the various arms of government before it was announced, especially since it involved having donors being eligible for a tax rebate?

The One Team Singapore Fund and matching grant were first announced by Finance Minister Heng Swee Keat during the Budget announcement 2017 on 20 Feb, and then given a further airing by Minister for Culture, Community and Youth Grace Fu during the Committee of Supply Debate on 9 March.

After the announcement last year, officials from Sport Singapore reached out to NSAs aggressively to have them appeal to donors, and even suggested that NSAs get more donations rather than sponsorships to help boost the fund.

Many NSAs have since submitted claims for the matching grants but not a single NSA has been reimbursed.

At the official launch of the One Team Singapore Fund in October, Minister Grace Fu exclaimed that “together, let’s all support our athletes as One Team Singapore, as they strive to bring glory to our nation!”

Our national athletes and NSAs, who are trying to do just that, deserve much better from the administrators and government agencies.

The Government needs to explain the year-long delay in the administration of the One Team Singapore matching grant scheme to a frustrated sports fraternity, as the Finance Minister announces an all new Budget for the year ahead.