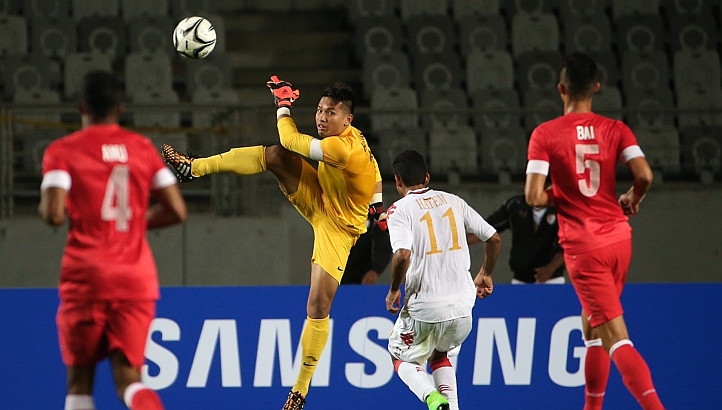 In a body blow to Singapore football, the Young Lions have been left out of the contingent to make it to the Asian Games 2018.

On 30 May, the Singapore National Olympic Council (SNOC) announced that Singapore will be sending its largest ever contingent to the Asian Games which will be held in Indonesia in August this year.

Among the sports Singapore will be taking part in are aquatics, bowling, golf, rowing, athletics, table tennis, shooting and squash.

A total of 246 athletes from 22 different sports are currently headed to Jakarta and Palembang as of 30 May but this number could well increase upon appeals or if more athletes make the cut over the next two weeks.

In a report carried on Channel NewsAsia, Mr Chris Chan, the SNOC secretary-general said: “Our athletes have made some breakthroughs at the major Games in recent times. With the largest contingent to the Asian Games ever, we hope to see more inspiring and credible performances by Team Singapore in Indonesia.”

If the footballers are left out of the Asiad, it will mark the first time since 2006 that the team has failed to make it to the Asian Games.

However, it is also true that the footballers have made their way to the Asiad on all occasions since 2006 after appeals after initially failing to make the initial selection cut.

To be eligible for qualification, Singapore’s footballers must at least be in the top six in Asia, based on the SNOC’s selection criteria.

Singapore currently lies in 172nd spot in the FIFA World Rankings and have failed to make the semi-finals of the Southeast Asian Games football tournament since winning a bronze in  2013.