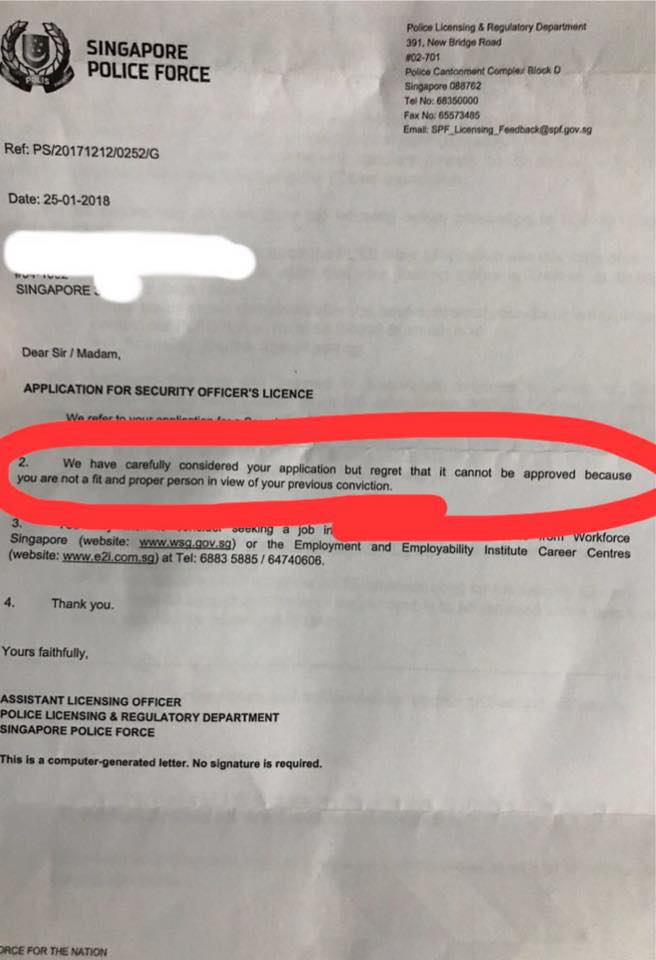 A resident of Potong Pasir, who has four very young children to feed and to put through school, was charged in court for assault in 2016 and he duly served his time in prison.
Since his release in 2016, he has not been allowed to drive a taxi because of his criminal record. And even though he passed the course to be a security officer, his application for the licence to be a security officer has also been rejected by the Singapore Police Force (SPF).

To make matters worse, in their response to the resident to reject his application in January 2018, the SPF stated in a computer generated letter that he was “not a fit and proper person” in lieu of his previous conviction, words which are used in the Private Security Industry Act.

The SPF’s labelling of a fellow Singaporean who has duly served his time for a mistake which he committed is unwarranted and uncalled for. If the SPF wanted to reject his application, it could have been done without having to label him as being “not a fit and proper person.”

Whatever happened to giving people second chances and opportunities to make amends and move on after making mistakes?

Whatever happened to the Yellow Ribbon Project?

Why do we need to make it so difficult for someone who wants to turn over a new leaf and start all over again? The only ones who will end up suffering are his young children.

We need some serious soul searching.