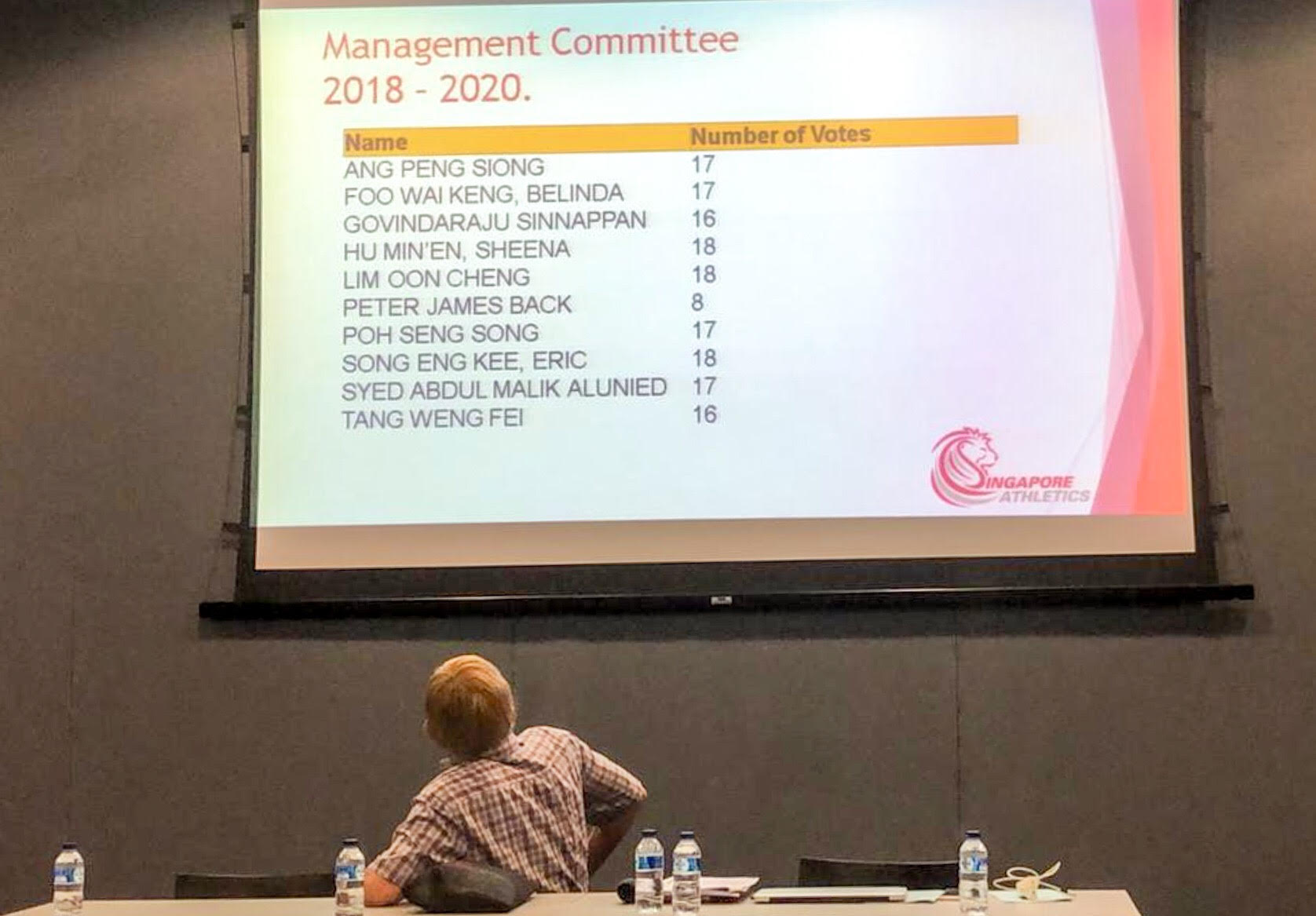 A team led by Mr Tang Weng Fei eased into the management committee of the Singapore Athletics (SA) association after the elections for office bearers was held on 11 October at the Black Box Auditorium at the Singapore Sports Hub.

The team of nine, which included Olympians Ang Peng Siong and Poh Seng Song, were given the unanimous nod by affiliates present.

There was only one other nomination by Mr Peter James Back, a statistician, who did not make it past the post after the ballots were counted.

Of the 19 affiliates who turned up, only 18 ballot slips were eligible to be counted, as one was returned blank.

“There is a lot of work to be done,” insisted Mr Tang to a media scrum after his team was voted in.

Outgoing President Ho Mun Cheong gamely posed for photos with Mr Tang at the request of media photographers, and said “we are all friends” as the cameras clicked.

Do you have an opinion or a story to tell? Write to us at opinion@themonitor.sg