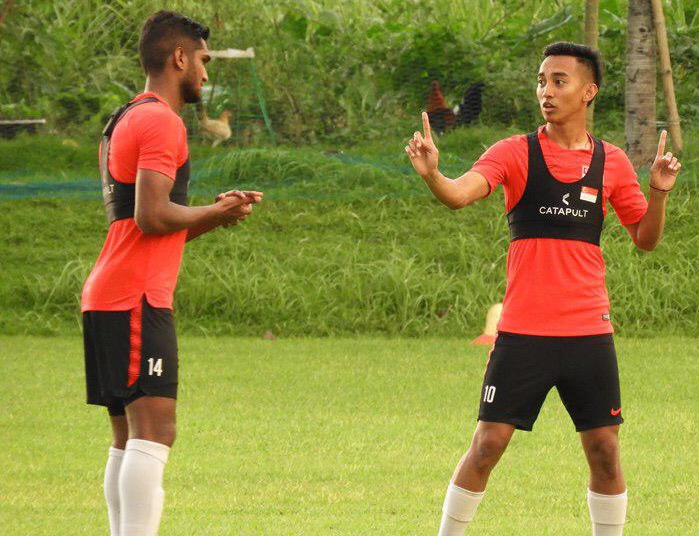 The Singapore Lions began their preparations for the second match of the group against Philippines by sharing the training field with frogs and two stray dogs.

In fact, the main photo used in this story also show a few chickens roaming in the background.

In Bacolod City for the match against Sven-Goran Eriksson’s men on Tuesday, the Lions are hoping to continue their record against the Philippines, a team which they haven’t lost to since 2012.

The last three meetings have ended in a win and two draws.

Goalkeeper Hassan Sunny who started the match against Indonesia said, “Everyone is geared up for this game.

“The mood in the camp is very good and we are very focused for this coming game. I think Philippines is a very strong team with a lot of Europe-based players.

“But if we stay focused, I think we can get something out of this game.”