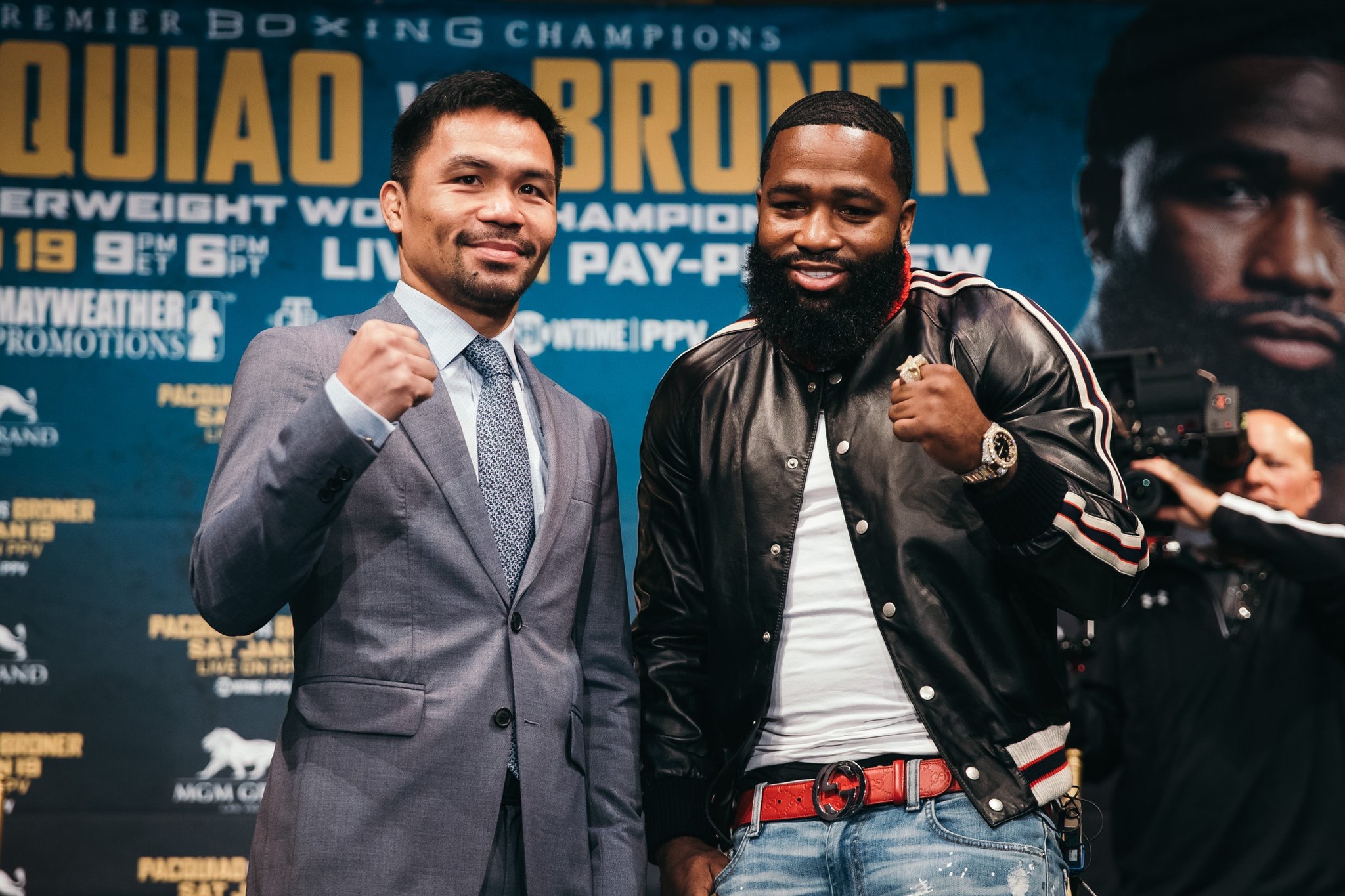 Adrien Broner has vowed to “pack off” Filipino senator Manny Pacquiao into retirement when they meet in Las Vegas on January 19, 2019.

It was officially confirmed on Monday that the MGM Grand will be the venue when Pacquiao puts his WBA World Welterweight title on the line.

Broner, a former super-featherweight, lightweight, light-welterweight and welterweight world title holder, was once considered the heir apparent to Mayweather, reported The Guardian.

Broner warned Pacquiao he should enjoy being champion while he can and that he is ready to take Pacquiao out.

“I have paid my dues in this sport. Now it’s time for me to get mine. I get more views than everybody when I fight,” the 29-year-old American said.

“A lot of people are going to see me pack off Pacquiao into retirement, and without his belt.”

Pacquiao is relishing what will be his first fight in Vegas in over two years.

“I have missed fighting in Las Vegas. It has been a second home to me.” the 39-year-old said.

“Returning to the MGM Grand Garden Arena to defend my world title against Adrien Broner is an exciting way to stage my homecoming.”

Broner, however, was upset when Pacquiao started talking up a possibility of a rematch against Floyd Mayweather.

“Fuck the money, I know when I win this fight, there is more money to come. Excuse my language but this ain’t Nickelodeon, this is pay-per-view.”