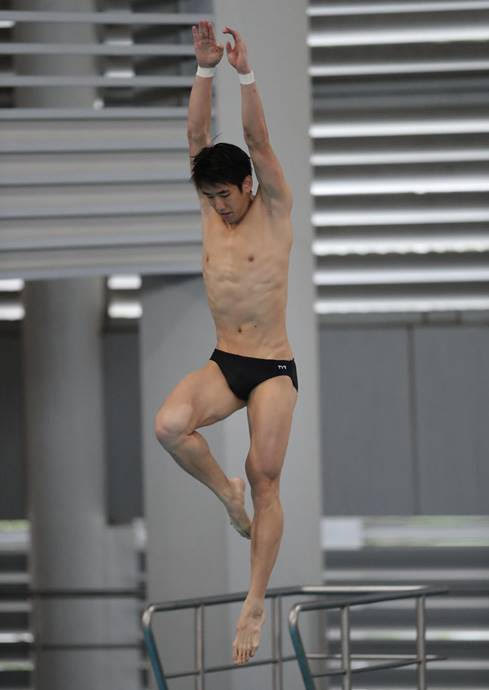 National divers Mark Lee (main photo), Timothy Lee, and Ashlee Tan, qualified for next year’s Southeast Asian (SEA) Games to be held in Hanoi, Vietnam in November 2021 on at the 11th Singapore National Diving Championships at the OCBC Aquatic Centre held on 12 December.

With only one session scheduled during the championships for the national divers due to COVID-19 restrictions and safe management guidelines, the Lee twins grabbed the opportunity for qualification as they scored 354.55 and 332.90 points respectively in the Men’s 3m Springboard event to easily meet the SEA Games “A” qualifying mark of 325.50.

Said Timothy, 26, “I would say that I am satisfied with my dives today, but I definitely need to work harder on the consistency of my dives.

“Today’s competition gives me a good platform towards improving on my dives before the next competition, which is the FINA Diving World Cup.

Qualifying for the Olympics is still the goal that both me and Mark set out to achieve and which we never wavered from, despite the postponement.”

The FINA Diving World Cup, to be held from 18 to 23 April 2021 in Tokyo is the final Olympic Qualification event for Singapore’s divers.

Ashlee, competing the Women’s 3m Springboard, scored a personal best of 242.05 points to also meet the SEA Games “A” qualifying mark of 241.25.

“It feels good to be competing again after a year. I am very happy with my performance today and being able to hit a good score for every single one of my dive”, said Ashlee.

The 20 year-old added, “ I have not been performing well over the last few trials due to competition anxiety so today i came in to the competition wanting to focus on doing the dives to the best of my ability and i managed to do the dives as close to those that i do during training.

“The past few weeks have been working more on the consistency of my dives, not just being able to be consistent in training but also during the competition”.

Tokyo-bound Singapore University of Technology student, Jonathan Chan, who is in the midst of his final exams, was also in action, although instead of his usual 10m Platform event, he competed alongside Max Lee in the Men’s Synchronised Platform event.