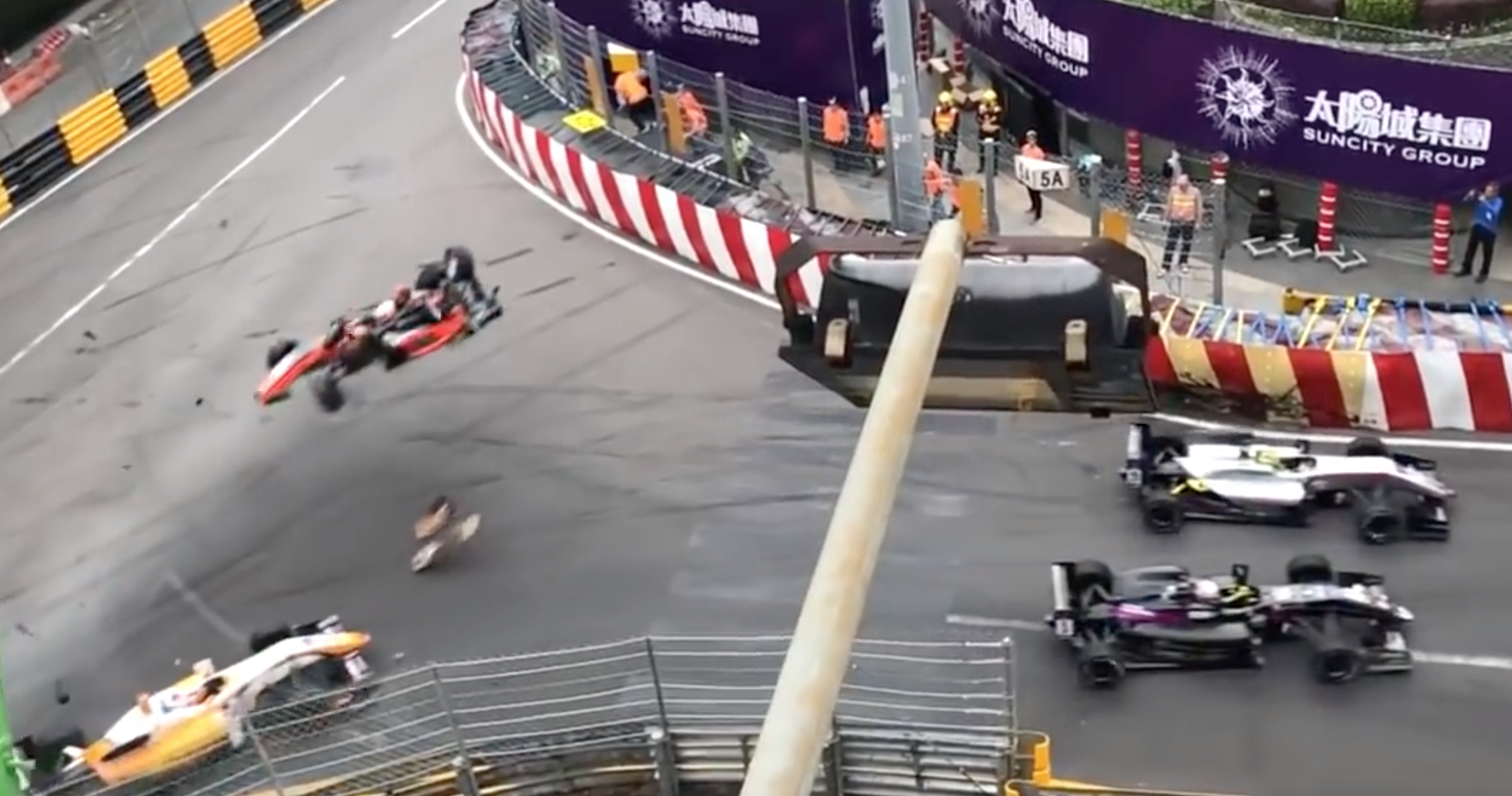 A horrific crash at the F3 World Cup final race in Macau has left German teenage driver Sophia Floersch with a fractured spine.

The crash also left multiple others injured, but there are no reports of any fatalities as a result of the incident.

Video footage from the race show the 17-year-old German’s car in the air over another car before slamming into fences where cameras where filming.

A statement from Macau Grand Prix organisers confirmed that Floersch is conscious and has been transferred to hospital following the terrifying incident, according to The Sun.

Early medical reports state she suffered a spinal fracture by a medical officer.

Her car crashed into another racer Sho Tsuboi – who has also been conveyed to hospital.

F1 legend Fernando Alonso has been quick to send his wishes and prayers.

He tweeted: “All my thoughts are with Sophia Floersch after the accident at Macau. Let’s hope to receive positive news soon ! Keep strong.”

All my thoughts are with Sophia Florsch after the accident at Macau. Let’s hope to receive positive news soon ! Keep strong ✊️✊️✊️🙏

Floersch is seen as one of the rising stars in motorsports.

She previously raced in F4 and had also broken records by becoming the youngest driver to win a Ginneta Junior Championship, according to The Sun.