Malaysian man gets a pipe stuck on his private parts in a hospital of all places. 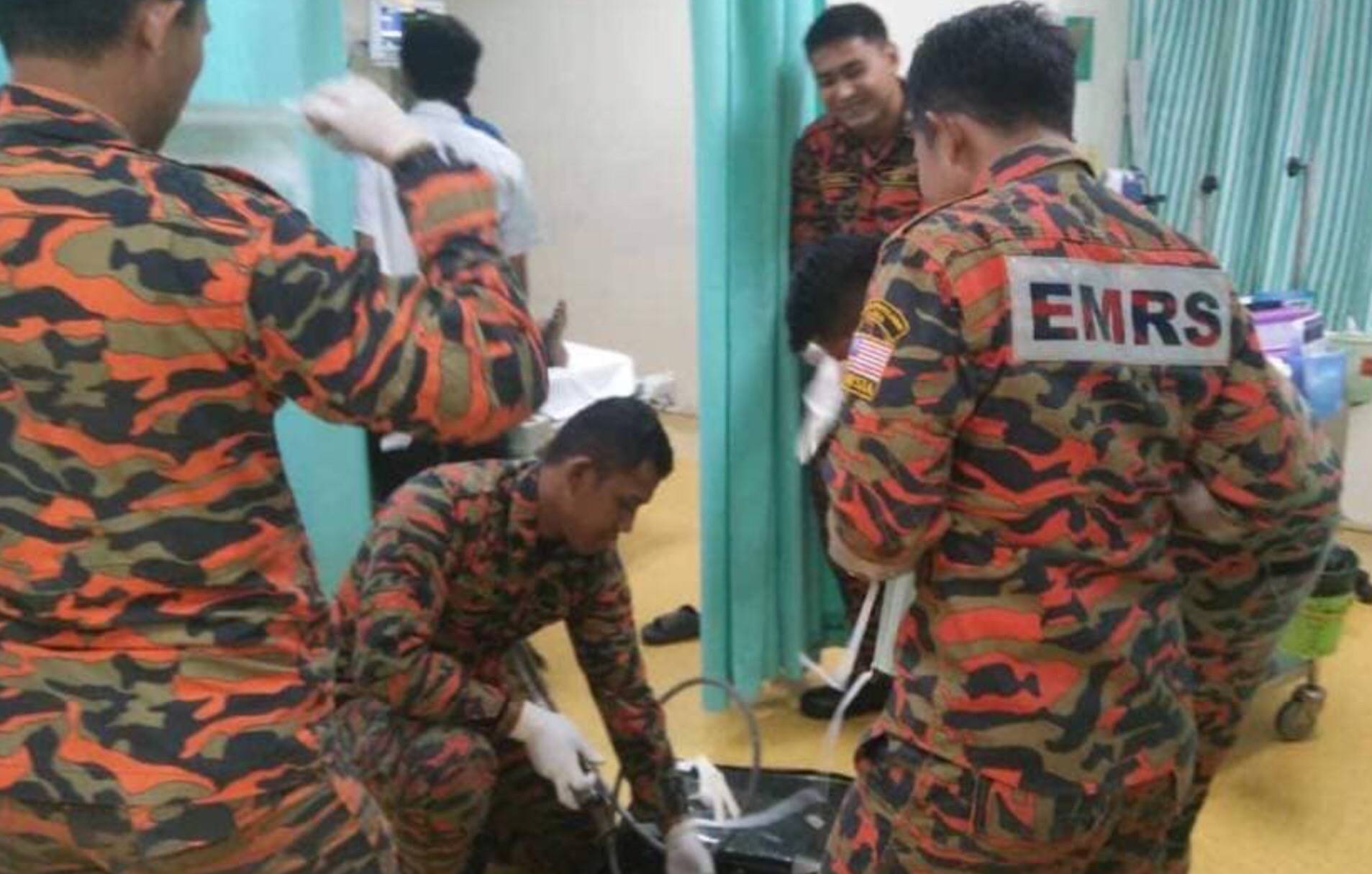 Malaysian’s emergency rescued team had to conduct a rescue operation of a man whose private parts were stuck inside a PVC pipe while at the Sungai Buloh Hospital.

In a post on its Facebook page, the Fire and Rescue Department said it received a call from the Sungai Buloh hospital to aid the rescue of a 60-year-old man.

“Firefighters had to cut the PVC pipe using an air rescue ring cutter (ARRC),” the post read on Saturday (Nov 24).

It said the PVC pipe was two inches (5.1cm) long but did not specify its diameter.

It is not known how the victim ended up in such a situation responses on its post have drawn lots of reactions.

Loosely translated, the post above says that there is nothing safe these days – not goats, dogs, cows, rings. Even pipes are not spared.