Why are there no African players in the Singapore Premier League? 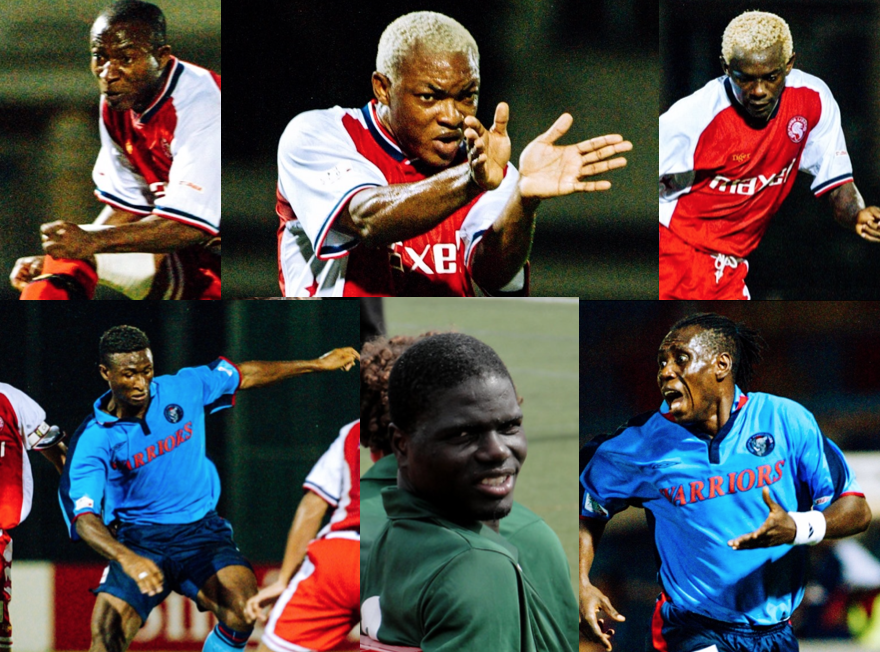 They were so prolific such that three of them – all Nigerians – were given citizenships to play for Singapore in the 2000s.

All three – Itimi Dickson, Agu Casmir and Precious Emuejeraye – were part of squads which won Singapore the Tiger Cup and Asean Football Federation Championship in 2004 and 2007.

However, when Singapore won the trophy again in 2012, there were no more African-born players in the national set-up.

By then, it was Mustafic Fahrudin, Shi Jiayi and Qiu Li who had picked up the mantle, with some assistance through Aleksandar Duric, with John Wilkinson also having played a part in the years between 2007 and 2012.

Way before the likes of Dickson, Casmir and Emuejeraye, players like Cameroon World Cup midfielder Emile Mbouh Mbouh and Liberian Nathaniel Naplah who has one cap for his country, made their marks in the Singapore League in the early years.

Fans who followed the local leagues in the 2000s also saw the rise of Cameroonian Kengne Ludovick who starred for Balestier Khalsa and then for Home United, Gombak United’s Nigerian Gabriel Obatola as well as Guineans Ballamodou Conde and Boubacar Keita.

Ludovick was named the Young Player of the Year in 2006 while Obatola was a subsequent winner in 2009.

Cameroonian Valery Hiek was also a Player of the Year winner in 2009.

These days, however, there is not a single player from the African continent who are playing in the Singapore Premier League, which is rather intriguing since football fans are constantly raving over the moves of Liverpool’s Senegalese winger Sadio Mane or Gabon’s Pierre-Emerick Aubameyang, who players for Arsenal.

So what has happened such that African players have now been conspicuously missing from the local leagues for a number of years?

In fact, Mamadou Diallo (Hougang United) and Obadin Aikhena (Balestier Khalsa) were the last Africans seen taking to the pitch in the local league way back in 2013.

WHAT’S BEHIND THE DISAPPEARING ACT

While there has not been any official announcement made about the non-signing of players from Africa, officials whom TMSG spoke to point to an unwritten rule of not sourcing players from the continent.

They pointed to the many social issues which were caused in the 2000s which were linked to Africans in Singapore, even though they may not all have been involved in football.

“At one point, even clubs in the lower divisions were signing African players, and many of them may have even come through on social visit passes,” he said.

“It was also true that many of the African players started their careers proper in Singapore, after being given a chance by their respective clubs,” he continued, pointing to Obatola, who went on to play in the United States, among other leagues.

Likewise for Dickson and Casmir, who were only 18 when they were signed on to play for their respective clubs in 2001 and 2002.

That was exactly what the intent was when a new club Sporting Afrique was formed in 2006, with players from Nigeria, Kenya and Cameroon making up the bulk of the team.

Promised salaries of about US$1000 a month, the players ended up getting paid US$60 a month instead, and then made global headlines when exposed.

It is however, unknown if this bad vibes caused by the Sporting Afrique incident in 2006 had any consequence on clubs not wanting to sign players from Africa.

WHY WOULD GOOD AFRICAN PLAYERS PLAY IN SINGAPORE

With limited salaries available and scrutiny of a player’s background, getting an employment pass to play football as a foreign player is no easy task.

And if there is any resistance from the approving body, the task of getting a work pass would end up being cumbersome, especially if a continent has been “marked”.

As such, football pundits point to how Malaysia has been able to attract African players with pedigree into their teams, as salaries are higher for foreign players, and can range between US$10,000 to US$30,000 for players with outstanding CVs.

Just two such players involved in the Malaysian Super League are Kipre Tchetche, an Ivorian who players for Kedah and Dominique da Sylva, a Mauritanian international who turns out for Kuala Lumpur FC.

WHAT IF SADIO MANE CHOOSES TO PLAY IN SINGAPORE SOMEDAY?

While club management teams have come to terms with not having to source for foreign players from the African continent because of historical issues, questions do arise about the unofficial blackout of players from African nations.

“What if a day comes when good, well-known stars who have played for top tier clubs around the world wish to end their playing days in Singapore,” a former official asked.

For now, and until such a time such a scenario pans out, it is unlikely that anyone save the authorities in charge will have an answer though.