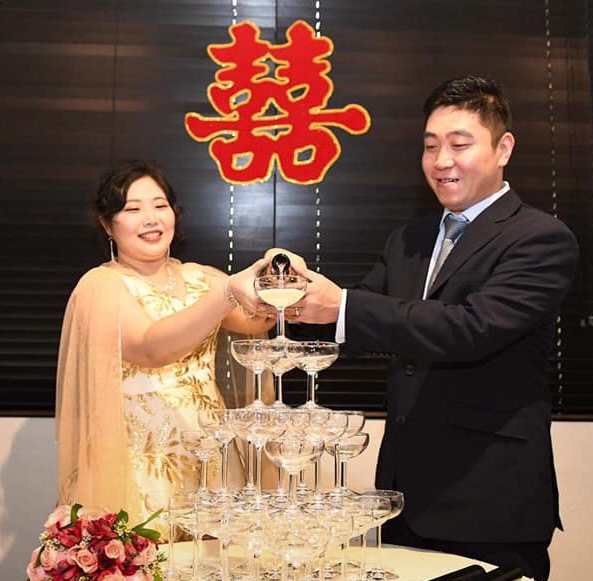 It’s the last day of the year so let’s end it on a nice note with a bit of Awwwwwww.

One of Singapore’s most prominent table-tennis players Gao Ning has finally met his match.

A gold medallist in the mixed doubles at the Gold Coast 2018 Commonwealth Games with Yu Mengyu, Gao Ning wed Tina Wang on 30 December.

The reception was held at the Cannery’s Red House Restaurant and was attended by a who’s who of table-tennis in Singapore, including Member of Parliament Er Dr Lee Bee Wah, who served as President of the Singapore Table Tennis Association (STTA) and current President of the STTA Ellen Lee.

In a Facebook post put up by the STTA, Gao Ning said, “Today, I am extremely happy to marry the woman I love.

“Tina is a sweet and kind woman and I am looking forward to start a family with her.”

In a Facebook post, Dr Lee said, “Over lunch, he shared with us that he has been in Singapore for over 14 years, and will be rooted here for the foreseeable future so as to contribute to Singapore’s table tennis by grooming future stars.”

Which means Singapore may have a table-tennis protege in future from the newly weds.

He is widely considered as one of Singapore’s most prolific table-tennis men’s players.

He is currently Singapore’s Assistant National Coach for the men’s national team.