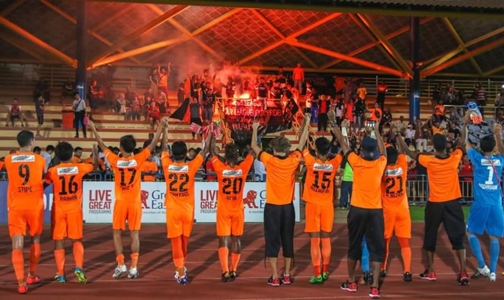 The AIA Singapore Premier League 2019 has kicked off in dramatic fashion for Hougang United.

On 24 February, a report in the Straits Times confirmed what has been circulating in football circles over the last month over an alleged criminal breach of trust at Hougang United.

While working as an admin assistant at its clubhouse, an employee of the club has been charged with possible misappropriation of more than $250,000.

The Straits Times reports that the staff is a Malaysian – Tean Tai Tee – who has allegedly misappropriated $278,200.

The 24-year-old woman was arrested and charged in court on Dec 16, 2018 with one count of criminal breach of trust by a clerk or servant.

She is said to have committed the offence between Nov 29 and Dec 11.

The Football Association of Singapore (FAS) has been notified but comment on the matter.

An FAS spokesman told the Straits Times: “The Football Association of Singapore is aware of this matter, and had raised various inquiries with the club.

“A police report had been made, and the police have also arrested a club staff in connection with this matter. As the matter is currently under police investigation, we will not be able to comment further.”