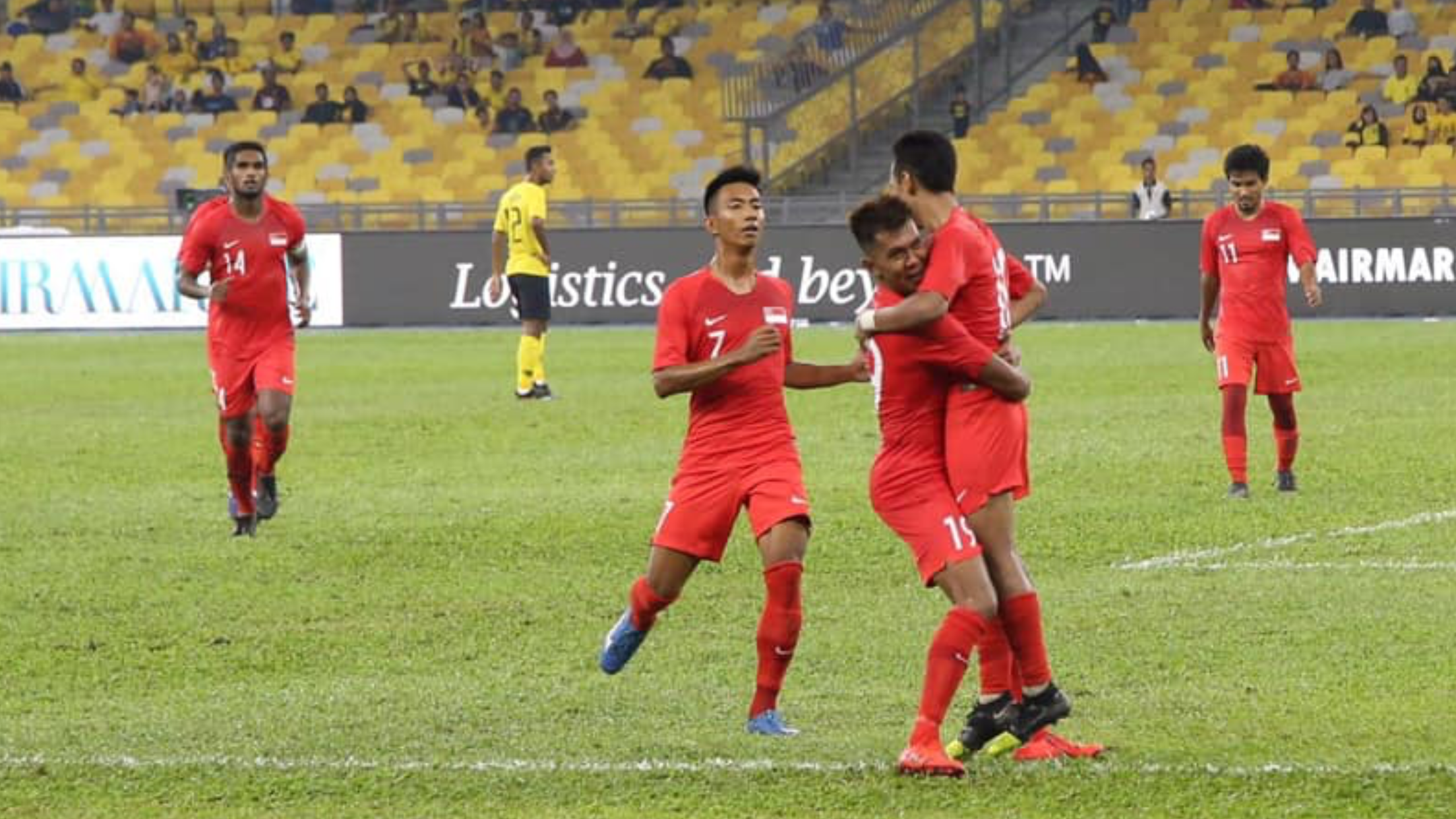 The Malaysian Ultras boycott of the Airmarine Cup and its own Malaysian team took its toll on the Tigers as it ended up playing before a paltry crowd of 3700 odd fans at the Bukit Jalil Stadium and ended up losing 1-0 to the Singapore Lions.

The cavernous stadium was filled with only 3700 fans who witnesses the Tigers falter despite having a major share of the possession.

The Lions were good enough to make their presence felt and silence an already empty stadium after an 83rd minute strike by Faris Ramli after some amazing work by Khairul Amri who twisted and turned and left four yellow shirts in his wake before setting up Faris for the kill.

It was Singapore’s second win in as many matches at Bukit Jalil. The Lions beat Malaysia 3-0 in 2012 at the same venue during the AFF Suzuki Cup.

The match also meant that Malaysia’s plan to boost its ranking ahead of the World Cup qualifiers have backfired.

Singapore face Oman in the final match of the Airmarine Cup on Friday.

Oman put five goals past Afghanistan in an earlier match.