Quah Ting Wen rewrites history by going under 55 in the 100m free. 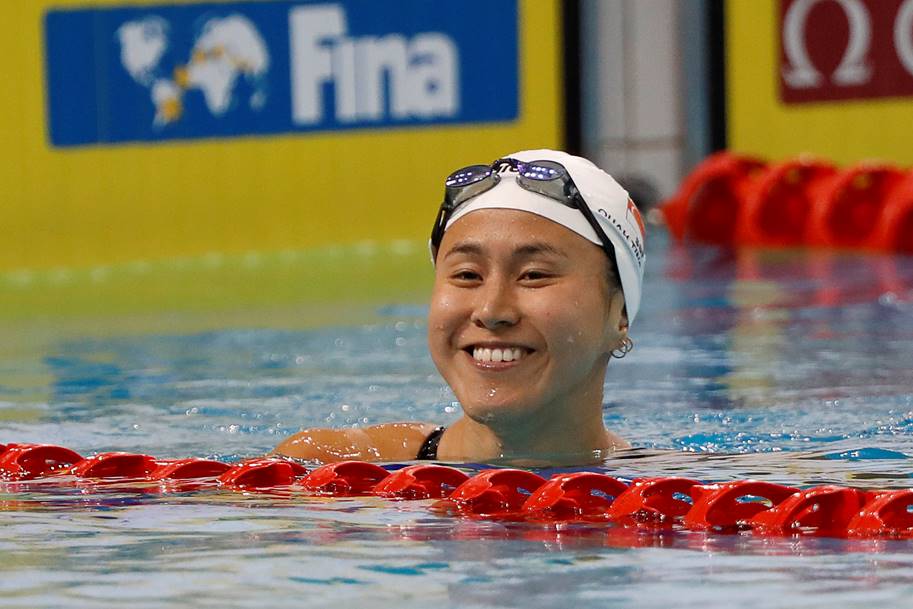 Swimmer Quah Ting Wen has became the first Singaporean female swimmer to go under 55 seconds not once but twice, in the 100m Freestyle.

She achieved this on the second day of the Liberty Insurance 50th Singapore National Age Group Swimming Championships (SNAG) at the OCBC Aquatic Centre on Wednesday.

The 27-year-old from Swimfast Aquatic Club (SAC), rewrote her own National Record when she topped her morning heats with a time of 54.89s, bettering the previous time that she set in February of this year, at the Singapore Swim Series when she clocked 55.41s.

She then impressively lowered that time in the evening finals, clocking 58.42s as she touched the wall first in the Super Final. Coming in second was Aquatech Swimming’s (ATS) Cherlyn Yeoh, who set a new personal best of 55.45s and Filipino Jasmine Alkhadi was third with a time of 56.45s.

“The morning swim was special just because it was the first time that I have gone under 55. The first race usually sets the tone for the rest of the meet, so I was pretty nervous this morning.

“I have had my eye on going under 55, I think after the February Swim Series it became a possibility when I went 55:41s without being tapered so it was a confidence boost and I told my coach that I want to go 54. It feels good because I made it my desire to become the first Singaporean woman to go under 55”, said Ting Wen.

Speaking after the race, Ting Wen’s coach, Leonard Tan, National Youth Head Coach, added, “She is definitely hitting the times we have been working towards. There is definitely room for improvement in terms of certain parts of her swim, just a little bit of fine tuning at the moment, but she is at her fittest at the moment.”

Also entering the record books was 14-year-old Ashley Lim of Singapore Swimming Club (SSC), when she rewrote her own U-14 National Record of 2:21.19s set at the Kuala Lumpur ASEAN School Games in July 2018 with a new time of 2:19.36s in this evening’s finals.

She finished second in the Super Final, behind Japan’s Hinata Yamashita (2:17.80s) and ahead of another Japanese swimmer, Riko Oka (2:22.23s).

When asked if he would start swimming the 100m Freestyle more, the 24-year-old nodded in agreement.

“I like racing in the 100 free so that is definitely something that I am looking at”, said Joseph.