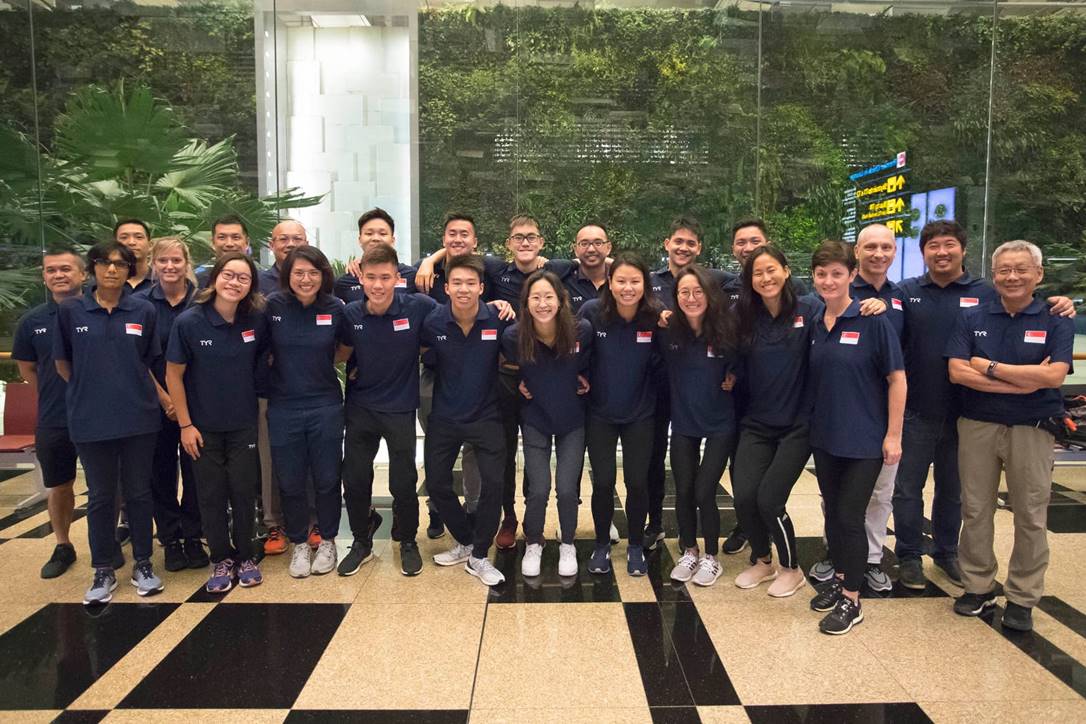 The Singapore Swimming Association (SSA) will be sending their largest ever contingent to compete at FINA’s marquee biennial event, the FINA Aquatics World Championships, which takes place from 12 to 28 July this year in Gwangju, Republic of Korea.
30 athletes will be representing Singapore, competing in Artistic Swimming, Diving and Swimming. This beats the previous numbers of 15 in 2011 in Shanghai, 20 in 2013 in Barcelona, 22 in 2015 in Kazan and 14 in 2017 at Budapest.

Speaking before leaving for a training camp in Japan, the 24-year-old Schooling said, “The FINA World Championships is an important meet for us. It’s the start of the last phase of our preparations towards Tokyo 2020. It will give all swimmers the opportunity to gauge where they are at. Competition will be stiff, but we are ready to take on the challenge.”

These championships will also see the biggest contingent of Singapore divers that will take the boards in Gwangju, with a total of 7 making the trip, led by SEA Games gold medalists, Fong Kay Yian and Ashlee Tan, SpexScholars Mark and Timothy Lee and University of Georgia’s Freida Lim.

“I’m excited and looking forward to competing at the FINA World Championships. My team mates and I have been training really hard and we believe we are in good shape to perform our best at the biennial event”, said Freida.

Singapore’s Artistic Swimming’s challenge will be led by South East Asia’s top duet pair, Debbie Soh and Miya Yong, and they will be competing in the Duet Technical and Duet Free events as they continue their push towards Olympic qualification.

Fans can cheer on Team Singapore and catch our local athletes LIVE in action at the FINA World Championships on StarHub’s Hub Sports channels (StarHub Ch 201-203) from 12 to 28 July.