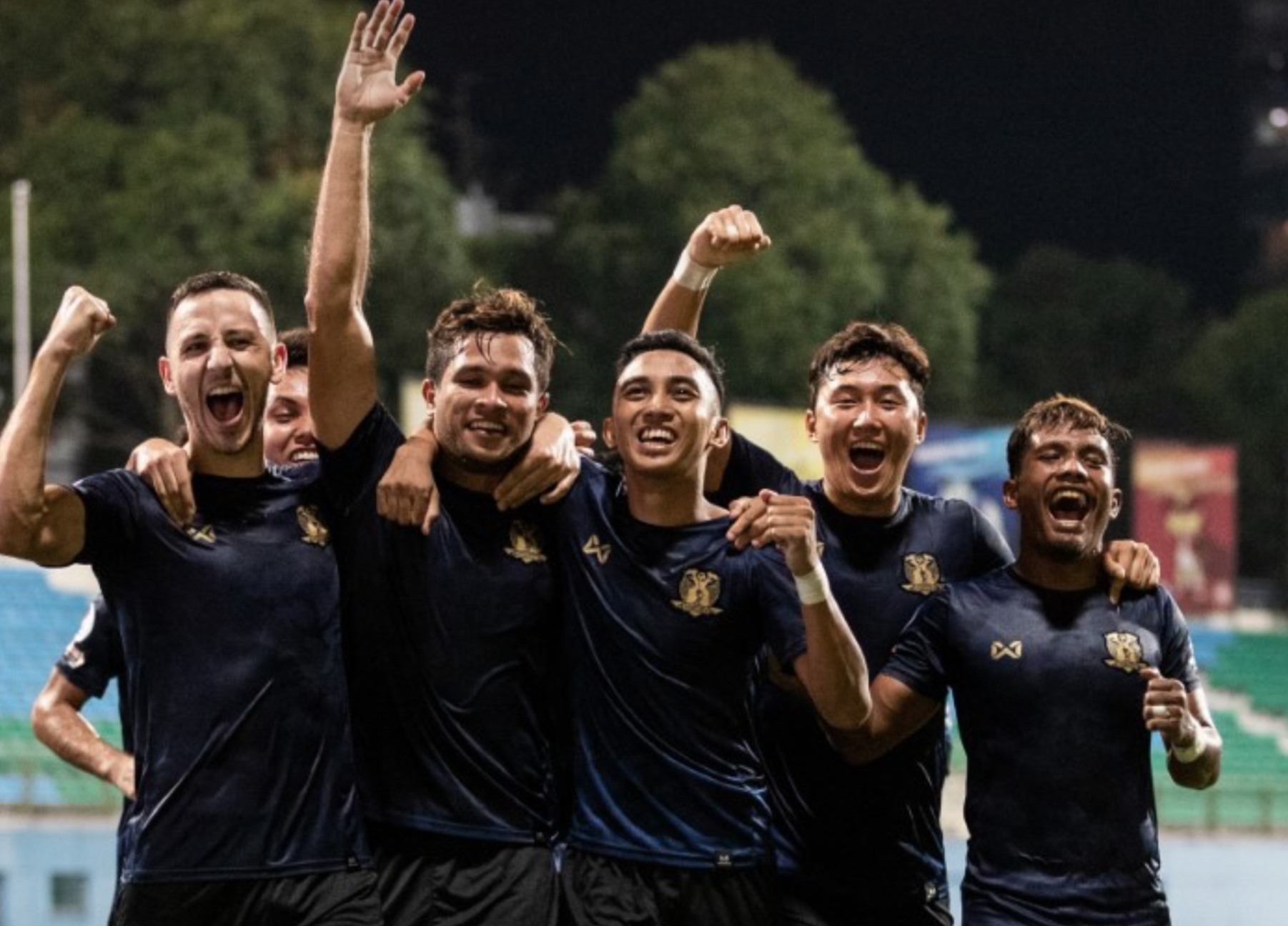 In a space of one week, Hougang United have defeated both leaders DPMM FC and Albirex Niigata, who lie second in the AIA Singapore Premier League table.

And with only five points separating the Hougang Cheetahs and DPMM FC in the table, it looks like the race to the top is still far from over.

But Hougang United coach Clement Teo, he is not keen to have any kind of title talk.

In comments after a well-fought 3-1 win over DPMM on Friday 19 July, he said, “As far as we are concerned, we don’t talk about it.

“We are taking it a game at a time. At the end of the day, it is all down to the players and if they work hard and are determined, they will do well. There are no shortcuts if you want to be successful.”

Hougang’s goals in the victory against the Brunei Wasps came courtesy of Faris Ramli, Zulfahmi Arifin and Nazrul Nazari, while DPMM pulled a goal through Blake Ricciuto.

Hougang United will need to shrug off their inconsistency if they are to even think of being crowned of champions. It is hard to imagine how a team which beats the top two teams could have fallen to Young Lions, a team which was near the bottom.

DPMM FC will have lots to worry about after the injuries to goalkeeper Wardun Yussof and Andrei Varankou and even seemed to joke about the goalkeeper’s finger problems after the defeat.

“It might be a broken finger but we have to wait until we get news from the hospital X-Ray. It will difficult to pick his nose tonight that’s for sure,” said coach Adrian Pennock,

“For Andrei, it looks somewhere in the knee or hamstring which means he might be out for 4 weeks. Same as Wardun, we will have to wait for their reports.”

Hougang United can cement their place in the upper their of the standings if they pull off a hattrick of victories when they face off against Tampines Rovers in week’s clash.