In Malaysia, he is now known as the Pep Guardiola from Singapore. 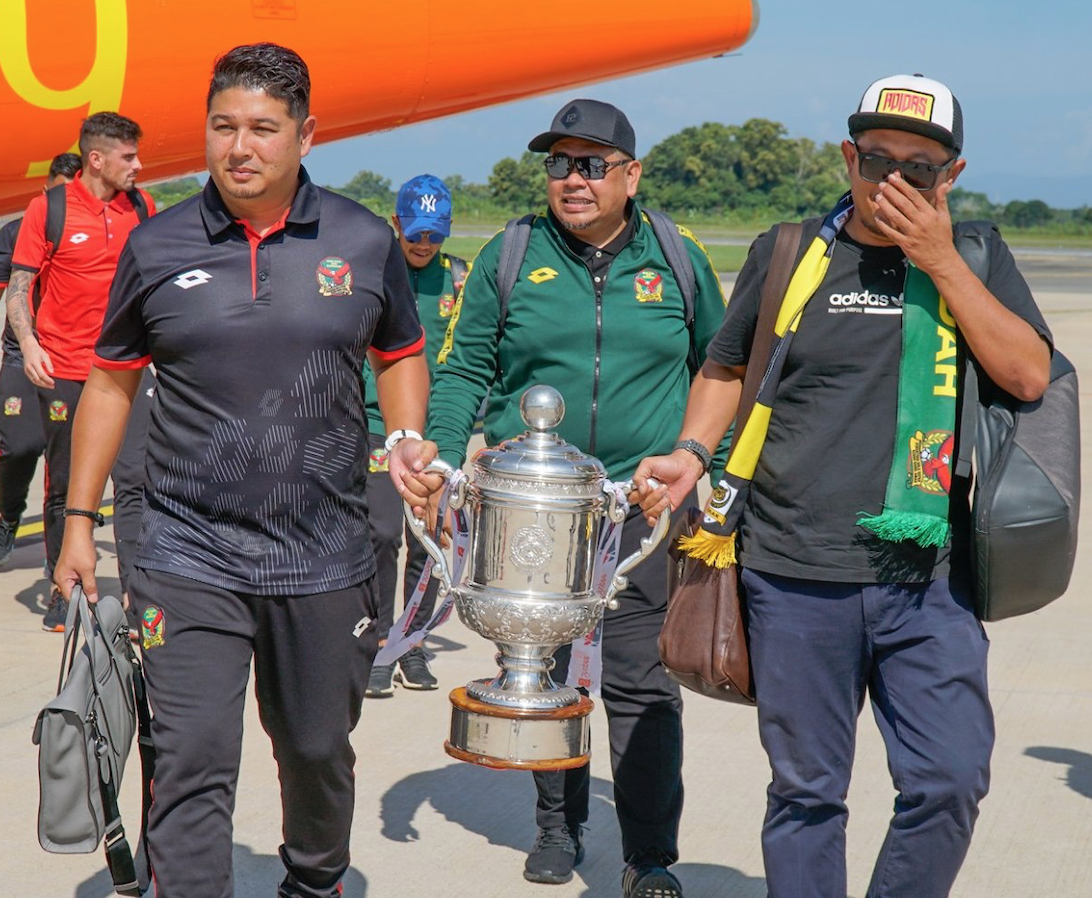 He was being pursued by a few other clubs after his historic Asian Football Confederation (AFC) ASEAN Zonal championship win in 2018.

But a handshake with a passionate VIP sealed the deal for Kedah Football Association (FA) when they landed Singaporean Aidil Sharin Sahak as its head coach for two years ahead of his other suitors, which included an Indonesian club.

As the hijau-kuning (yellow-green) of the town anticipates the return leg of the semi-finals against Pahang, The Monitor SG caught up with Aidil in Alor Setar just days after his side’s 3-3 draw against Pahang.

“The fans here are fanatical about their football,” said the 42-year-old former Home United coach and stalwart as scores of fans stopped him to request for wefies.

“I was getting some offers on the table after the AFC Cup victory for Home United but I made up my mind to join Kedah after a meeting with the President.

“He shared with me what his ideas and vision for the team was and he said that he had been told how I was able to help Home United win the AFC Cup, and asked that I join Kedah and help him. We then shook hands and the rest is history,” he said while sipping into a cup of hot ‘air limau’ (lime water) following a hearty nasi kandar meal.

After just about nine months on the job, Aidil has already helped Kedah FA lift the Malaysian FA Cup in July after a victory over Perak, and will face Pahang in the second leg of the semi-final this weekend in Kuantan.

In some Malaysian media, Aidil has been dubbed the “Pep Guardiola of Singapore” because of his attacking blend of football.

His team finished fourth in the Malaysian Super League after Johor Darul Takzim, Pahang and Selangor.

“It has been a very different experience for me ever since stepping into Kedah and an amazing learning opportunity,” he said.

“It is a totally different level of pressure as fans are fanatical and there’s a lot of pressure of all of us to perform. But this is what football is all about.” said the former international who started his coaching career as assistant to Lee Lim Saeng and then to Philippe Aw.

To help manage the pressure on the field, Aidil brought Singaporean defender and wingback Shakir Hamzah along with him to Kedah.

Shakir, a former Tampines Rover and Home United player who was once dubbed one of Singapore’s bad boys of football, has turned his career around in the northern state.

He was voted as one of the players in the Malaysia Super League Team of the Season, the only Kedah player in the list.

“He has been great in his first season here in Kedah and I am very happy that he took up the challenge. He has worked hard, and I hope he continues to keep working hard to prove himself and to never stop becoming a better player,” said Aidil of his Singaporean protege in Kedah.

“It is one step away from the final, and that is a motivating factor enough which should drive any footballer,” said the former Lion who is also the younger brother of former Singapore skipper Aide Iskandar.